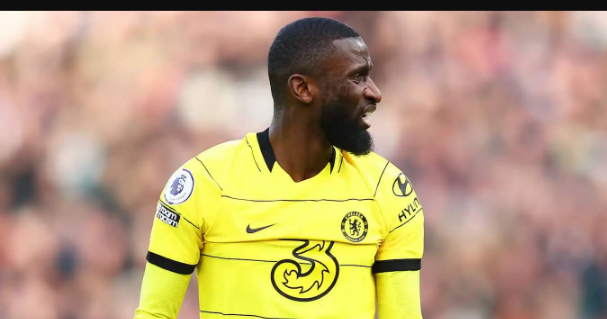 Antonio Rudiger wants to stay at Chelsea beyond this season, according to reports.

Rudiger is out of contract at Stamford Bridge in the summer and has been linked with a number of Europe’s top clubs.

Chelsea are currently unable to offer new contracts to players due to the licence imposed on them by the UK Government following sanctions on owner Roman Abramovich.

That therefore throws into doubt the future of players such as Rudiger and club captain Cesar Azpilicueta, who also sees his current deal expiring.

A sale of Chelsea in the near future could again enable them to offer the likes of Rudiger a renewal. The German has arguably had his best season for the Blues since joining from Roma in 2017.

Paris Saint-Germain, Manchester United and Juventus are three of the clubs interested in signing Rudiger. However, a stay at Chelsea is what the player would prefer.

Speaking on the Transfer Window podcast, Duncan Castles says Chelsea have previously “baulked” at Rudiger’s contract demands of a £25million signing-on fee and wages of around £5m a year after tax. The player would like to stay in west London if at all possible but he may not get his way.

Castles said: “Rudiger himself, his preference seems to be to stay at Chelsea but Chelsea have baulked at those financial terms. He’s said and put pressure on the club, saying ‘I’m happy here’ but there are also other people who have to make decisions.

“He’s in a position now where he can’t actually sign a new deal with Chelsea even if they were to accept those terms, because the club is operating on a UK Government special licence, which prevents them from signing new contracts.”

Italian outlet Gazzetta dello Sport claimed in the last few days that Rudiger had agreed a four-year deal with Juventus. But Castles says that is not the case and the 29-year-old is yet to decide where his future lies.

He added: “There was some reporting last week that he had already agreed to join Juventus. I’m told from the Italian end that that is not the case, that they have intensified discussions with the player but nothing is agreed as yet.

“Juventus obviously have an advantage in these kind of negotiations in that they can use the Italian tax benefit, which means footballers coming from overseas are taxed only 30 per cent of his income.”