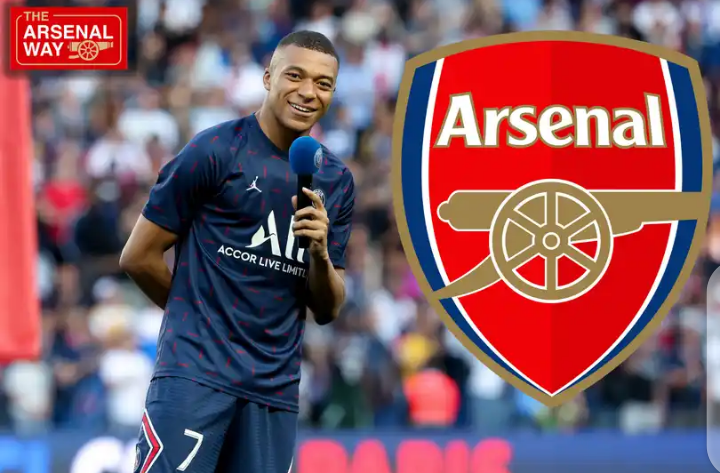 Arsenal’s hunt for a new striker is set to be the hottest topic for the north London side over the summer transfer window. The Gunners have been linked to many strikers, but statistics make it clear who Edu should opt for.

The north London side have been heavily linked to Victor Osimhen in recent weeks, and the Nigerian’s impressive expected goals per shots ratio coupled with the shots he attempts per 90 minutes highlights why he should be the player Arsenal opt for.

The Gunners lacked a player who had a knack for goals and a player whose first thought is to get a shot on goal. Osimhen’s impressive statistics prove that he would be the player to elevate the level of Mikel Arteta’s side.

Osimhen replicates Kylian Mbappe’s shooting statistics with both players averaging more than four shots per match and having an expected goals per shot ratio of just over 0.13, which is impressive for the Nigerian international being in the same bracket as Europe’s hottest prospect in Mbappe.

It seems as though Eddie Nketiah is set to stay at the club. According to the Daily Mail, the Hale End academy graduate is closing in on a new contract that will see him stay beyond this summer. The report claims that the details included a five-year deal that would mean he stays at the club until 2027 with a wage of £100,000-per-week. There is also a £5million bonus that will be paid out across the deal, potentially saving the Gunners millions in signing another striker.

Arsenal’s surprising Nketiah decision means that Edu must now target Osimhen as the striker to sign in the summer. Nketiah and Osimhen would create a good striker combination compared to the other forwards the Gunners have been linked with.

The Gunners have also been heavily linked to Gabriel Jesus in the summer transfer window. But due to the similarities in the style of play between Jesus and Nketiah, Osimhen would certainly be the more attractive option.

Jesus has a higher expected goals per shot rate than Osimhen at 0.14, but this is because he has taken fewer shots than the Nigerian per match, with an average of three attempts.

The same follows for Jonathan David who has also been linked with a move to the Gunners per The Athletic, as despite also averaging a higher expected goals per shot rate than the Nigerian international, his shots attempted per game are significantly less as he averages two shots.

Osimhen scored 18 goals in 32 matches this season which is more than Jesus who scored 13 goals in 41 games and one less than David who scored 19 goals but he did play 17 games more than the Napoli striker.

Dominic Calvert-Lewin has also been linked to the club according to the Mirror. However, his tally of two goals this campaign makes him incomparable to Osimhen, despite both players having similar play styles. The Napoli forward is an athletic, quick and imposing attacker. He mixes a lightning turn of pace with long-distance speed and is certainly more than capable of being a prominent threat on the counter-attack for Arsenal.

His impressive statistics which puts him in the same bracket should provide another reason as to why the Gunners should go all out to sign him. The acquisition of Osimhen could be the difference between Arsenal succeeding or failing to secure Champions League football.