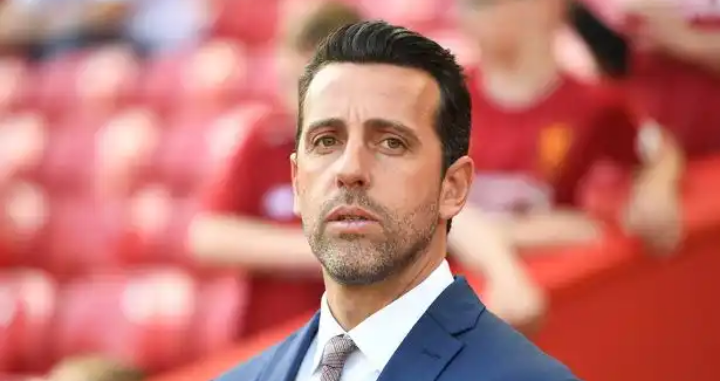 Arsenal director Edu should pursue the additions of five new players in order to give Mikel Arteta the best chance of securing Champions League qualification at the end of the upcoming season, according to Gunners legend Nigel Winterburn.

The north Londoners have already moved to improve their ranks this summer with the signings of Brazilian teenager Marquinhos and Portuguese midfielder Fabio Vieira, who was officially unveiled by the club earlier this week.

Arsenal are now said to be planning a number of further captures before the end of the transfer window, with the likes of Leeds United winger Raphinha and Everton striker Richarlison said to be on their radar in advance of the new campaign.

Winterburn is a firm believer that as many as five new bodies will be required to maximise the club’s performance in the summer market and boost their hopes of securing a long-awaited top-four finish in the Premier League next season.

“Number one has to be a centre-forward, potentially [another signing in the] wide areas,” Winterburn exclusively told Express Sport, in association with bet365.

“Raphinha’s been mentioned but I’d want another central midfield player, the full-back position and potentially another centre-half. We don’t know what’s happening with [William] Saliba.

“He came with a huge reputation, young player, but we haven’t seen him play, he’s gone back out on loan. The rumours are he’s coming back but it seems a very complicated situation and we need to know what’s happening with him.

“Do I think all those will come? No, because it will cost Arsenal too much money.”

It remains to be seen how Arsenal will fare in the transfer market between now and the start of the new Premier League season, which is set to get underway in early August.

The Gunners were the division’s biggest spenders last summer, bringing in no less than six new players who went on to play crucial roles in helping the club return to the league’s upper reaches.

The wheels are already in motion to kick off another large-scale recruitment drive at the Emirates Stadium this time around, with Arsenal said to be in talks over a move for Raphinha after seeing an initial bid rejected by Leeds earlier this month.

They will be desperate to follow up their early business with at least a few more additions over the coming weeks in order to secure a much-needed return to the Champions League group stages in two seasons’ time.

‘Deal to be done next week: Fabrizio Romano confirms Arsenal will really push to sign amazing player after Gabriel Jesus