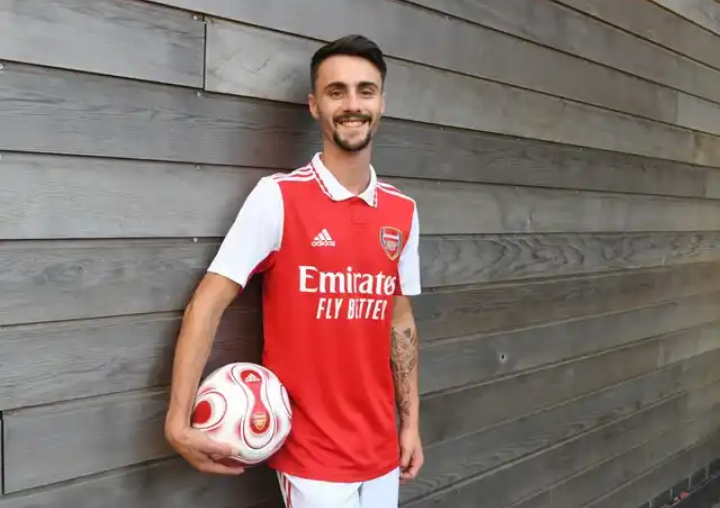 Fabio Vieira will wear the number 21 shirt at Arsenal after the Gunners officially announced their first major signing of the summer transfer window.

The 22-year-old has joined Arsenal after completing a £34million move from Porto, ending his holiday early to sign a “long-term contract” which is believed to be a five-year deal.

Vieira will provide some much-needed creativty to the Arsenal midfield, while also offering an option on the right wing.

His squad number has been confirmed, taking the number 21 that has been vacant since Calum Chambers left the Gunners to join Aston Villa in January.

Before that, Lukasz Fabianski, Jermaine Pennant and Luis Boa Morte are among those to have worn the shirt in the Premier League era.

Over the weekend it was revealed Eddie Nketiah would be getting a new number for next season, taking on the iconic No14 shirt after he signed a new contract with the Gunners.

Mikel Arteta will be hoping to be giving out more squad numbers in the near future, particularly the vacant No9 shirt, with Gabriel Jesus among those strongly linked with a move to the Emirates this summer.