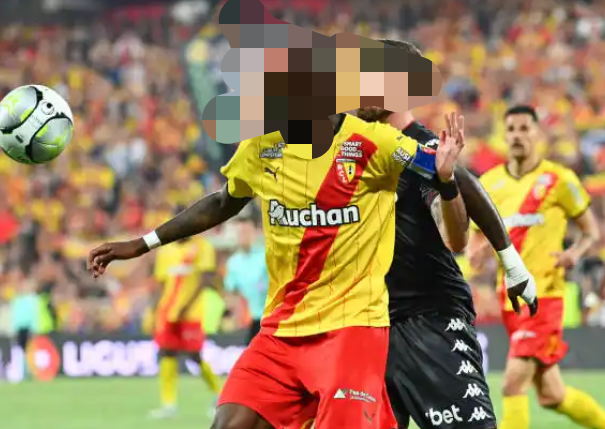 According to reports, Arsenal are ‘considering making a move’ for RC Lens star Seko Fofana this summer.

The midfielder previously had a spell at Man City as an academy player. After a loan spell at Fulham, he joined Udinese on a permanent deal in 2016.

Fofana made the move to RC Lens in 2020 following four seasons in Serie A.

His contract is due to expire in 2024 and Arsenal are being linked with him.

L’Equipe via (Caught Offside) are reporting that the Gunners are ‘considering making a move’ for Fofana.

It is understood that the French club are ‘willing’ to sell the centre-midfielder for a fee in the region of £25m.

As well as Arsenal, Newcastle United and PSG are interested in ‘acquiring his services’.

Meanwhile, Paul Merson thinks “everything would go out of the window” if Arsenal do not get the deal for Gabriel Jesus over the line:

“Arsenal must get Gabriel Jesus if they are serious about getting back into the top four,” Merson wrote for the Daily Star.

“They have got to get him. It’s that simple. Everything goes out of the window if they don’t. It doesn’t matter what else they do. All they’ve got right now up front is Eddie Nketiah, who recently signed a new contract when it looked like he might leave.

“And no disrespect to Nketiah but Mikel Arteta must realise won’t get you into the top four. Absolutely no chance. That’s a fact. So they need Jesus. They don’t need young players with potential like Fabio Vieira. They need experience. And Jesus has plenty of that.

“If they don’t get him they are sitting there with one centre forward, and let’s be honest if not for Pierre-Emerick Aubameyang and Alex Lacazette’s contract situations, he wouldn’t be there. They need to sort the Jesus signing out very quickly.

“I think he is good enough to transform Arsenal. He doesn’t get the credit he deserves. Yes, he does miss chances but he never goes hiding and he’s a centre forward who is desperate to score goals. He has that hunger and a little bit of a selfish streak and you need that.”

Gabriel Jesus now one step away from joining Arsenal.

So after literally months of negotiations with Man City, the Gunners have finally agreed a £45 million price for Gabriel Jesus, and now it only remains to dot the i’s and cross the t’s on his personal terms before the move is done and dusted.

So now Edu and Arteta can concentrate on the next target on the list, and according to Fabrizio Romano the Gunners new priority is Raphinha from Leeds United, who has been pulling up trees in his two seasons in the Premier League.

Speaking on his YouTube channel yesterday, Romano said: “Gabriel Jesus, after a long negotiation, Arsenal have been very good in reaching an agreement – a full verbal agreement, it’s not signed yet. He’s one step away from joining Arsenal.”

Speaking about Arsenal’s reported interest in Raphinha, he said: “It seems really unlikely for Barcelona to match the price tag that Leeds are asking – £65 million, this is the price tag.

“Arsenal’s opening bid has been turned down, but Arsenal are still working on Raphinha. It’s not only Gabriel Jesus, it’s also Raphinha on Arsenal’s list.

“So, they are trying and pushing and trying to find a solution. I expect them to push & push again next week.”

Romano also said last week that “Arteta is in love with Raphinha” and despite interest from other big clubs, I think that Arsenal could be become even more appealing to the winger as our Brazilian contingent grows every week, it seems.

As far as I’m concerned, Raphinha would be the icing on the cake in this excellent transfer window, as long as Pepe is moved on as soon as possible…

Sevilla in dire need to sell players, Barcelona will push for Kounde