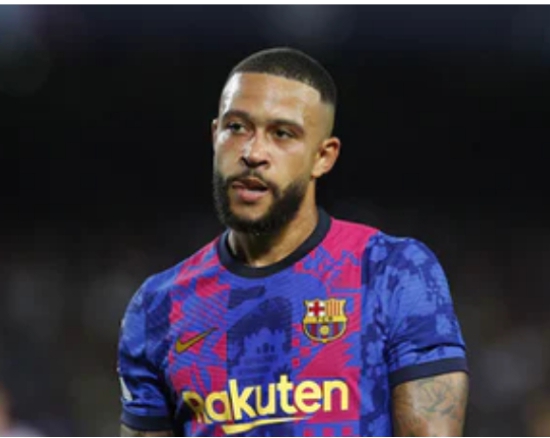 Barcelona will reportedly not make a final decision on Memphis Depay’s future until July.

The 28-year-old joined the Catalan giants on a free transfer last summer after running down his contract at Lyon, and he represented the club on 38 occasions last term, contributing 13 goals and two assists.

Memphis’s contract at Camp Nou is due to expire next June, though, and there has recently been a host of speculation surrounding his future with the La Liga club.

Arsenal are said to be showing an interest in the Netherlands international, who scored 13 times and provided two assists in 28 La Liga appearances during the 2021-22 campaign.

However, according to Sport, Barcelona will not make a decision on the Dutchman’s future until next month unless a huge offer were to arrive before that point.

The report claims that the Catalan side want Memphis to do a full pre-season, and Ansu Fati’s fitness,

in addition to their moves in the transfer market, will play a role in deciding the Dutchman’s future.

Barcelona boss Xavi is believed to be keen to keep hold of the former Manchester United attacker due to his versatility,

but he could struggle for regular action next term if the club bring in a couple of attackers.

Memphis could allegedly be in line for a new contract if he does remain at Camp Nou, with the club keen to avoid the possibility of losing him on a free transfer at the end of the 2022-23 campaign.

The Dutchman was a regular for Barcelona in the latter stages of last season, having worked his way back from injury, suffering hamstring issues and problems with his Achilles tendon in 2021-22.

Xavi’s side are still working to sign Robert Lewandowski from Bayern Munich, but the German champions continue to insist that the Poland international is not available for transfer.

Barcelona will remain cautious over Fati due to his injury problems, but the Spain international will definitely remain at the club this summer,

while Pierre-Emerick Aubameyang and Ferran Torres will again be attacking options during the 2022-23 campaign.

Ousmane Dembele could leave on a free transfer at the end of the month, though, while Martin Braithwaite is believed to be available for transfer.

Barcelona have the option to sign Adama Traore on a permanent basis from Wolverhampton Wanderers this summer,

but the Spain international is likely to head back to his parent club, while Luuk de Jong is also expected to return to Sevilla following a loan spell.

The Catalan side have five confirmed friendlies in the diary for next month, including clashes against Real Madrid and Juventus.

Meanwhile, the club’s opening match of the 2022-23 La Liga campaign will come at home to Rayo Vallecano on August 13

JUST IN: Arsenal to seal another £50million deal in the next…