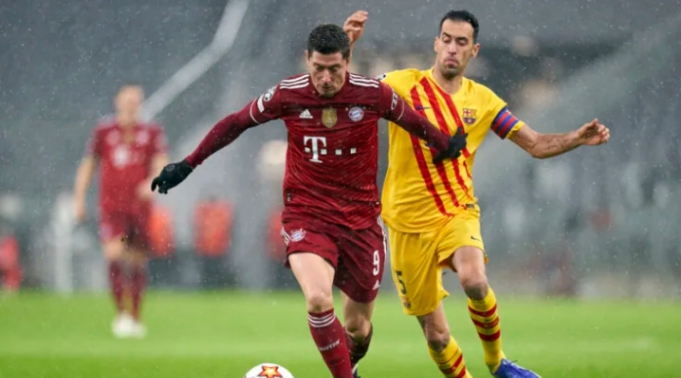 The coming weeks will be crucial for deciding the future of Robert Lewandowski at Bayern Munich. The Polish striker is determined to join Barcelona,

while Die Roten is not keen on parting ways with him. Barcelona is pushing to seal this transfer as they made a second bid for the 33-year-old striker.

According to Bild, the latest bid from Barcelona for Lewandowski remains way below Die Roten’s valuation. The latest offer from the Spanish club is €35 million with €5 million in add-ons.

It is slightly better than the previous offer, which was €32 million with €5 million in bonuses. Bild reports that Bayern will not sell Lewandowski for anything less than 50 million.

The report from Bild has also been confirmed by Meczyki in Poland. Meanwhile, English outlets like Sky Sports and Telegraph have also reported Barcelona’s second bid for Lewandowski.

The Polish striker has been trying to put pressure on German Champions by issuing transfer requests while talking to the media.

Despite meeting with Salihamidzic to get more clarity, the Polish striker seems to have no plans to stay in Bavaria for next season.

Oliver Kahn told the media on Wednesday poured cold water on his transfer as the German club is determined to keep him.

Die Roten had previously denied a transfer to Robert Lewandowski in 2018. The Poland international eventually signed a new deal in 2019 and won all possible trophies with the club in the next three years.

However, the situation is slightly different this time since he has entered the final year of his contract.

Robert Lewandowski has no plans to sign a contract renewal at Die Roten. This summer is also the last opportunity for Die Roten to get a sizeable fee for the Polish striker.

The only downside of this possible transfer is that Bayern loses a guaranteed outlay of 40 goals next season.

The current transfer window is difficult in terms of signing quality number nines, so replacing Lewandowski will be difficult.

It is a tricky scenario, but Bayern will be hoping to find a resolution one way or the other in the coming weeks. A drawn-out transfer in the public eye could have an impact on the squad.

If the Polish striker goes on strike, then Die Roten will be better served in parting ways instead of keeping an unhappy player

‘In recent days’: Journalist claims there’s been another huge development in Jesus to Arsenal transfer saga