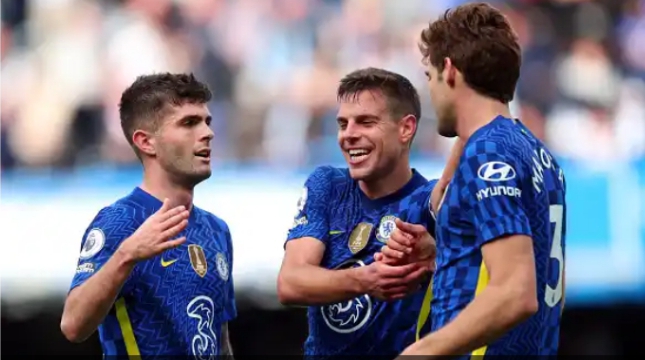 Barcelona will need to fork out €26 million to sign Spanish defensive duo Cesar Azpilicueta and Marcos Alonso from Chelsea this summer.

According to a report by Spanish publication SPORT, Chelsea will demand €13 million each to part ways with Cesar Azpilicueta and Marcos Alonso in the summer transfer window.

The Spanish defenders are the subjects of interest from Barcelona over a possible double swoop.

Azpilicueta and Marcos Alonso have experienced tremendous success during their stints with Chelsea.

The former arrived at Stamford Bridge from Marseille nearly a decade ago, while the latter joined the Blues from Fiorentina almost six years back.

And during their spells, the Spanish defensive duo has won nearly every trophy at the west London club.

Azpilicueta has made over 450 appearances for Chelsea, with Alonso also notching up triple-digit outings for the Blues.

But the two Spanish defenders will enter the final years of their respective contracts in less than a week, leaving Chelsea in a spot of bother.

And such a situation has captured the attention of several high-profile clubs across Europe, including Barcelona.

The interest from Barcelona stems from the evolving situation of the first-team squad at Camp Nou.

Xavi Hernandez is eager to oversee an efficient rebuild of his team after initiating the overhaul in the January transfer window by bringing in multiple players.

Reinforcing defence is a priority for Barcelona in the summer transfer window, with the two full-back spots needing attention.

Dani Alves will leave Barcelona for the second time in the summer transfer window less than a year after returning to Camp Nou.

As for the left-back slot, Jordi Alba is well into his thirties and without a viable backup in the squad.

Alonso has thus emerged as an option worth considering, with Barcelona reportedly prioritising signing the Chelsea left-back this summer.

Recent reports have also suggested that Chelsea might be open to letting Azpilicueta and Alonso join Barcelona in a swap deal.

But the Blues are set to demand €26 million combined to part ways with the Spanish defensive duo.

Ronaldo offered to rival in secret meeting as Blues set