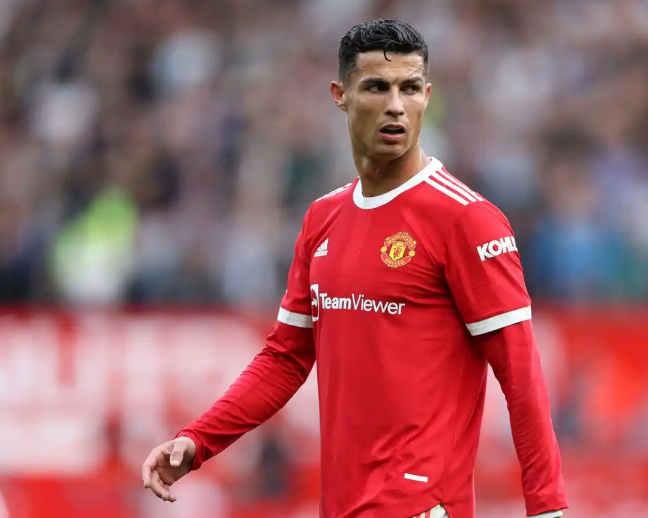 Manchester United are still yet to appoint a new long-term manager after Ole Gunnar Solskjaer was dismissed last year.

However, Cristiano Ronaldo have already made his feelings clear about who he would like to see take charge.

Cristiano Ronaldo has already played under twice as many managers than he did during his first stint at Manchester United, but he has already given his views on who the club should appoint next.

Ronaldo was re-signed by former team-mate Ole Gunnar Solskjaer, but after he was sacked in November Ralf Rangnick came in on a temporary basis. The German has improved them slightly, but he still wasn’t able to keep them in Europe as they went crashing out of the Champions League after a 1-0 defeat to Atletico Madrid.

United are expected to make their next appointment in the summer, with several managers already on their reported shortlist. But Ronaldo has made his feelings clear about who he wants to see come in, and a new list is forming.

Ronaldo reportedly wanted United to appoint former Barcelona manager Luis Enrique when Solskjaer was sacked, and it’s unlikely that his views will have changed come the summer. And Enrique was asked about the possibility of becoming United boss, although he brushed off any links.

Enrique told reporters “Is today April Fools’ Day?” as he laughed off links to Old Trafford, and journalist Fabrizio Romano later added that he is happy in his current role as manager of the Spain national team. That may also be a reason why Ronaldo is interested, so that he can weaken his rivals ahead of the 2022 World Cup.

Portugal aren’t even guaranteed to be heading to Qatar this winter as they were stunned by Serbia in their final qualification game, and they must face Turkey in seven days time to seal their fate.

It’s not been the dream return for Ronaldo, as United will now suffer another season without silverware, and they may miss out on a place in the top four, ruling them out of Champions League action too. That’s why it is imperative that United get it right this summer, as they form a new and improved manager shortlist.

According to the Daily Mail, the list includes Ronaldo’s suggestion, along with Thomas Tuchel as United have been urged to tempt the German away from Chelsea following their recent issues due to Russian owner Roman Abramovich. Of course, although it is a new list, their most likely candidates still remain as Mauricio Pochettino and Erik Ten Hag are still linked.

Pochettino is likely to leave Paris Saint Germain this summer after another failed run in the Champions League, and Ten Hag is reportedly taking English lessons as he eyes a move away from Ajax. A move for Ten Hag could revive the career of Donny van de Beek, but Pochettino could tempt Harry Kane to Old Trafford.

United still have a while to consider their options, although they don’t want to be too hesitant and miss out on any of their targets. But they need to get it right this time after failing to replace Sir Alex Ferguson back in 2013.

David Moyes was the first manager to be trusted, but his stint at United ended rather ugly, although he has since revived his career at West Ham. Louis van Gaal was next, but even he was sacked after winning the FA Cup.

Jose Mourinho brought European success back to Manchester, albeit in the Europa League, and that season remains the last year in which they achieved silverware.

Since then, United haven’t won anything, and £1.4billion has been spent by the club since 2011, with no real success to show for it in recent years. Despite that United still need to sign a new midfielder, and also look to secure a new long-term striker, so more money will have to be spent to resolve those issues.

Therefore, United will want to ensure they hire the right man for the job before more money is spent, as Rangnick wasn’t even trusted with funds to strengthen in the January transfer window.

It’s a vital summer for United, with many big decisions to be made amongst the board.

Ralf Rangnick has made an important change to Man United squad