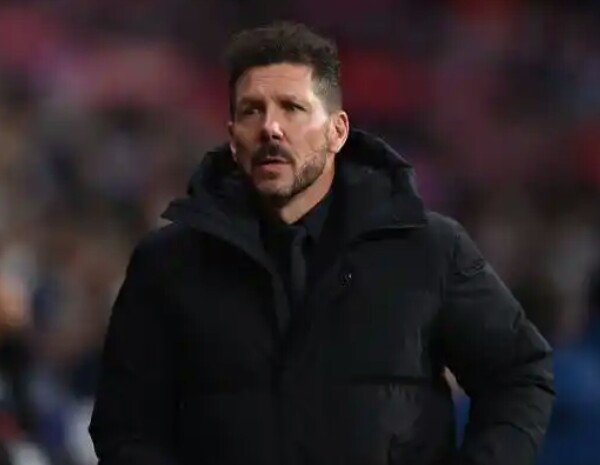 Three weeks after ending Man United’s hopes of a Champions League triumph this season, Atletico Madrid return to the city tonight looking to inflict the same punishment on the noisy neighbours as the one they handed Ralf Rangnick’s side prior to the international break.

This time, Manchester Airport won’t be the toughest obstacle for the La Liga side to overcome, with City posing a far bigger test of strength than a United side bereft of ideas and self-belief.

For manager Diego Simeone, it represents another opportunity to showcase his project to a wider European audience, it could also act as another chance to prove why he is deserving of a Premier League job sometime in the future.

Simeone has previously been backed for the United role, with club great Gary Neville even suggesting him for the role following the Champions League tie last month.

See also  'I have enough confidence': Ten Hag transfer favourite is not afraid of not playing at Man United
Powered by Inline Related Posts

“Diego Simeone should be a candidate, but it’s never been achievable to get him out of Atletico Madrid,” Neville stated on a Sky Sports Q&A. “Fantastic coach, brutal in how he approaches the game, I think in every single way. He’s tough, and Manchester United need a tough manager.

“Man United need a manager who can compete with Jurgen Klopp and Pep Guardiola – they’re the best, so they need someone who can stand on that touchline and feel equal to them and I think Simeone could.

“I wouldn’t rule Simeone out at all, but I think Ten Hag and Pochettino would be the way forward because they’ll want a progressive coach that plays a certain way, that probably is a little bit cheaper and available.”

Those numbers always need to be taken with a pinch of salt, but if United’s aim is to become the best side in English football once again and eradicate the culture of player power rife at Old Trafford, then a manager’s wage shouldn’t be a stumbling block.

It is clear to see why former players would admire a no-nonsense, authoritative figure like Simeone, though the fact that he is so demanding perhaps explains why the board is pursuing Ten Hag and Pochettino instead.

Simeone will have to wait if he is ever to take the United hot seat, but in his pre-match press conference this week, he already identified what needs to change at Old Trafford.

“United had different characteristics than City,” the Argentine told reporters. “They are more direct, quicker. City are more positional, and in all areas, they manage things well. We’ll have to increase and be better at the good things we did two weeks ago.

“What I like most from teams like City is the effort they have to win the ball back and continue to play attacking. They’re lovely to watch. They continue evolving because they have great players, but what wakes me up, the important things are Sterling, De Bruyne. They’re always active, never leave a ball lost. All managers want that.”