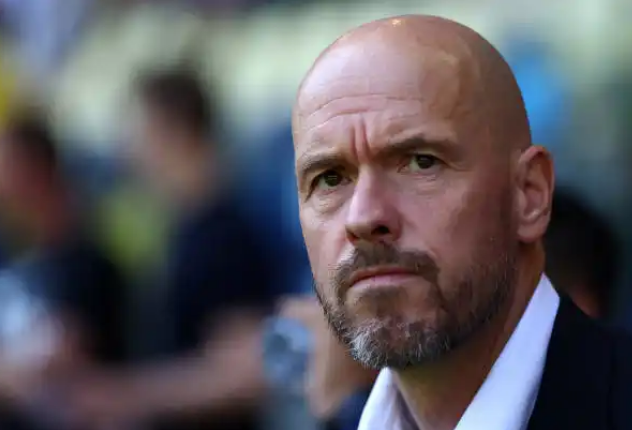 Manchester United are reportedly hoping that the sales of Anthony Martial and Aaron Wan-Bissaka could help fund their summer rebuild under Erik ten Hag.

United are in desperate need of reinforcements in the off-season, with Paul Pogba, Jesse Lingard, Juan Mata and Nemanja Matic all leaving on free transfers at the end of the month.

Those players will need replacing, while plenty of other additions are needed if Ten Hag is to turn around the team’s five-season stretch without a trophy.

Central midfield is the main priority for Ten Hag in the transfer window, with Frenkie de Jong lined up as the club’s top target, with an offer also put in to sign Christian Eriksen .

The Dutchman worked with De Jong at Ajax and sees him as the perfect player to build his new-look midfield around at Old Trafford.

The problem is that Barcelona are cash-strapped and are holding out for around £80million for his signature. United have already seen a bid of £60m rejected and, as The Mirror have reported , Ten Hag is becoming extremely frustrated with the club’s lack of progress on transfers.

Ten Hag has reportedly been given a budget of around £120m to bring new players in this summer – but that could be boosted by sales.

That is where Martial and Wan-Bissaka come in, with The Athletic reporting that the duo are viewed as the most likely way of securing decent transfer fees.

Martial has just returned from a disappointing loan spell at Sevilla and is keen to secure a permanent exit from United this summer.

The 26-year-old forward is under contract until June 2024, earns a reported £240,000 per week and is unlikely to have a place in Ten Hag’s side next season, meaning he is deemed expendable.

Despite that apparent stance, Martial has suggested that he wants to be given a chance to prove himself under the new regime at United after getting over injury problems. “I see it very complicated to be able to continue at Sevilla,” Martial told ABC Sevilla .

“I’m not worried about that right now. I came knowing that it would be six months and then I would surely have to return to Manchester United.

“I’m very happy with the experience of playing in a new club, as big as Sevilla and having minutes again. If we manage to be a top four team, we will have achieved the goal and I will be happy for the fans, who have been very good to me since I arrived.”

Wan-Bissaka joined United from Crystal Palace on a five-year deal for a £50m transfer fee in July 2019, but has reportedly not impressed Ten Hag.

The 24-year-old has been made available for transfer by Ten Hag, who would like to bring in a replacement at right-back.