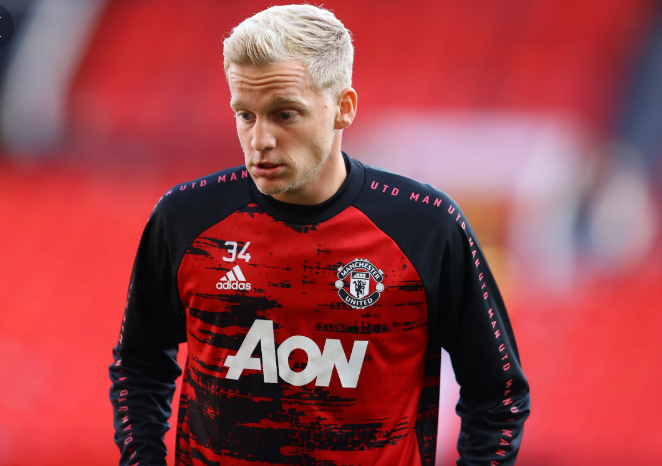 Manchester United have reportedly made contact with Erik ten Hag as they ponder their managerial options.

Ralf Rangnick was given the role on an interim basis after the sacking of Ole Gunnar Solskjaer in November but, despite steading the ship, the 63-year-old isn’t expected to land the job on a permanent basis.

Instead, Ten Hag may be the one given the chance to bring the glory days back to Old Trafford.

Manchester United are currently being linked with plenty of managers as they consider permanent replacements for Solskjaer.

Mauricio Pochettino is one option, with the Paris Saint-Germain boss expected to leave the Ligue 1 titans amid links from France to Zinedine Zidane.

Carlo Ancelotti has emerged as another candidate, with the Italian potentially facing the sack at Real Madrid should they fail to win the Champions League.

And the likes of Roberto Mancini, Luis Enrique and Graham Potter have all been tipped as potential targets, too.

On Thursday, however, Jonathan Shrager claimed United had contacted Ten Hag about taking over at the club.

“Ten Hag has been contacted by United to find out about his situation,” he said.

He formerly managed his fellow Dutchman at Ajax, helping the 24-year-old become a household name around the world.

And Ten Hag, it seems, would be willing to give Van de Beek more of a chance at the club than predecessors Rangnick and Solskjaer.

Solskjaer barely played the midfielder prior to his sacking in November, which took place mere hours after a chastening 4-1 defeat to Watford.

And Van de Beek’s chances were limited under Rangnick, too, prior to joining Everton on loan during the summer transfer window.

Ten Hag, however, made it clear exactly what he thought about the midfielder’s lack of action when speaking earlier in the season.

He suggested the Red Devils hadn’t treated Van de Beek well in the slightest, labelling their stance as a ‘mortal sin’.

Ten Hag said in December: “Donny, I find that hard.

“[It’s a] mortal sin. If you haven’t had a chance yet, then development will also stall.

“Every now and then you encourage them.”

Ten Hag also said at the time that he was ready for the ‘next step’ in his managerial career amid interest from United.

“I think I’m ready for it [the next step]. I would be happy to take up that challenge,” he added.

“But I’m not chasing it. If it turns out that that step will never come, I will not say that my coaching career has failed.

“But I think I have sufficient competencies to take on that challenge.”

“Yes [I have a point to prove] but it is also for everyone around me,” he said.

“If I play well, I do it for them, for my girlfriend and for my family and friends.

“I want to give joy to those people and to the fans.

“Then I want to do it for myself.

“Of course sometimes I am disappointed and frustrated.

“But I always try to stay positive and believe there will be a day it will change.

“I can only change it with hard work, I want to show that some people are wrong and I still have the quality to play. I always aim to do this.”