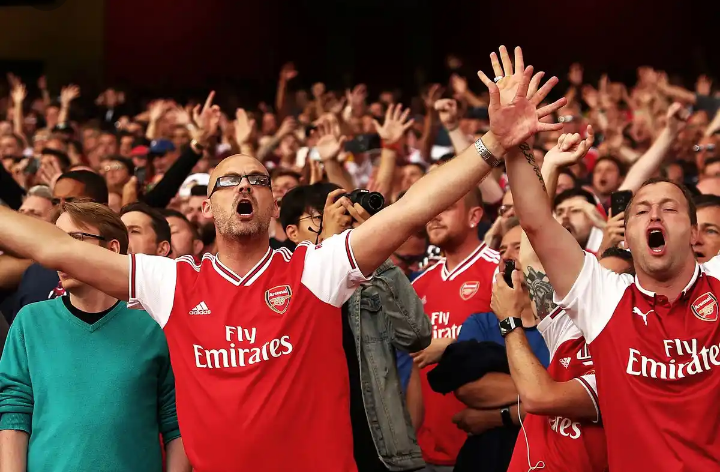 Arsenal fans are set for “exciting times” in what looks like is going to be a significant summer transfer window at the Emirates, according to journalist Pete O’Rourke.

The Gunners have reached an agreement to sign Manchester City striker Gabriel Jesus on the back of the arrival of Fabio Vieira, and it doesn’t look like Edu and Mikel Arteta are finished there.

According to The Athletic, the north Londoners have been in discussions with the striker’s representatives for several months, with technical director Edu hoping to make €70m-rated (£60m) Jesus their fourth signing of the window imminently.

Arsenal faced competition from Tottenham, Chelsea and Real Madrid for his signature, although Arteta’s relationship with him, following their time at City and their ability to offer him regular game-time, put them in the driving seat.

Per Fabrizio Romano, the deal is approaching an advanced stage, with ‘key details’ now being discussed.

Furthermore, Spurs aren’t expected to make a late bid for the 25-year-old, who’s scored 95 goals in his City career, while Chelsea appear to be focusing on other targets, which should allow Arsenal to iron out the finer details and finally get Jesus on board.

He told GIVEMESPORT: “Jesus has previously worked with Mikel Arteta and rates him very highly.

“Arteta is being backed with moves for Fabio Vieira and possibly Raphinha and Gabriel Jesus, so it’s exciting times for Arsenal fans.”

Despite only recently securing their third signing of the window in Porto midfielder Vieira, who followed young Brazilian Marquinhos and goalkeeper Matt Turner through the entrance door, Arteta is not hanging around in the market.

According to The Athletic, the Gunners recently saw a bid knocked back for Raphinha, while they’re also looking to strengthen at the back.

The same outlet believe that Arsenal bid in the region of €30m for Ajax defender Lisandro Martinez, although their offer for the versatile defender, who can play at left-back and centre-back, was also rejected.

But in better news, Edu was recently asked if he thinks more signings could be on their way in the weeks ahead and he said: “Yes, I am quite excited. I think we still have some good conversations and positive conversations to be fair. I hope we can give to the fans some good news.”