Manchester United are in the market for at least one new midfielder this summer.

Now under the guidance of new manager Erik Ten Hag, the Red Devils must use this summer transfer window as a way to reinvent their lacklustre squad.

Following official confirmation that Paul Pogba and Jesse Lingard will be leaving the club and with Juan Mata and Nemanja Matic expected to follow suit, it goes without saying that the Red Devils will need at least one high-profile midfield replacement. 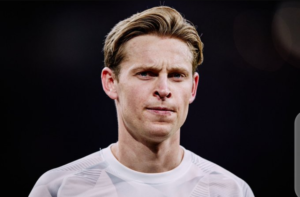