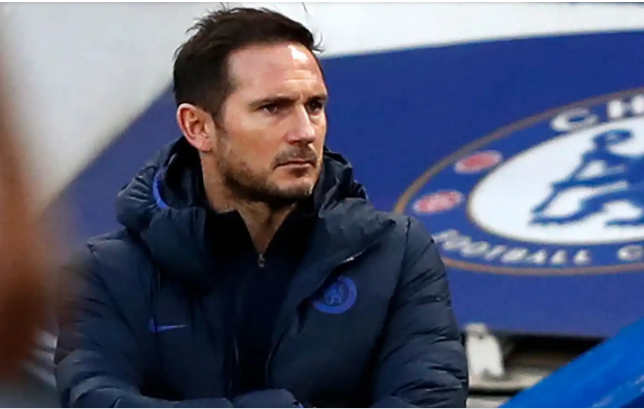 Frank Lampard admits his former club Chelsea are going through a ‘tough moment’ after owner Roman Abramovich was sanctioned by the UK government.

The government sanctioned Abramovich and a number of other Russian oligarchs as part of its response to Russia’s invasion of Ukraine.

The sanctions are intended to stop Abramovich from making money from Chelsea and the announcement has halted his plans to sell the Premier League club.

A special licence granted by the government permits Chelsea to keep operating but the club’s future is certainly uncertain, with former star Pat Nevin saying the west Londoners could be in ‘serious danger’.

Reacting to the sanctions imposed on Abramovich and his former club Chelsea, Everton manager Lampard said on Friday afternoon: ‘Well I don’t know the specifics about it other than what all of us have read.

‘I haven’t seen the headlines about people losing their jobs but clearly I managed there for almost two years, I played there for 13 years, so I’ve got plenty of friends at the club and behind the scenes.

‘Obviously from a human level I care about it, especially if it means people are losing their jobs. I don’t know the detail on it.

‘It’s a tough moment for the club. I don’t want to hang on it too much because I’m the manager of Everton and that’s absolutely my priority.

‘But of course on a human level, for people who are just doing their jobs and giving everything to their jobs – and if those jobs are in danger – you care a lot about that.’

Asked how the Chelsea players will be feeling amid the uncertainty, Lampard added: ‘A lot of players will just concentrate on the job at hand.

‘I tried to do that as a player but this is bigger than that, I understand that. There is some doubt and uncertainty over the future, not just at Chelsea but in the world when we see what’s happening on the news.’

Chelsea were not distracted by the chaos at the club on Thursday night as they beat bottom-placed Norwich City 3-1 to strengthen their grip on third place in the Premier League.

‘Then you give a penalty away and concede and things get complicated. It’s life. I’m happy with the result.’

On the speculation surrounding Chelsea following the sanctions, Tuchel added: ‘It is big news. It is huge and has a huge impact of course so it is the subject of the talks.

‘Maybe on a day like this you would talk about the Champions League games last night but nobody talks about this. So it nice to enter a schedule before a match as it helps to focus as we’re used to it.

‘We cannot influence it so we allowed ourselves to enjoy it. We have the privilege to play and sometimes it’s good to sweat it out. We tried to work hard to get the focus out.

‘I would love to talk about sport but of course I understand you have a lot of questions. We are also an entertainment so that’s why it is like this.’