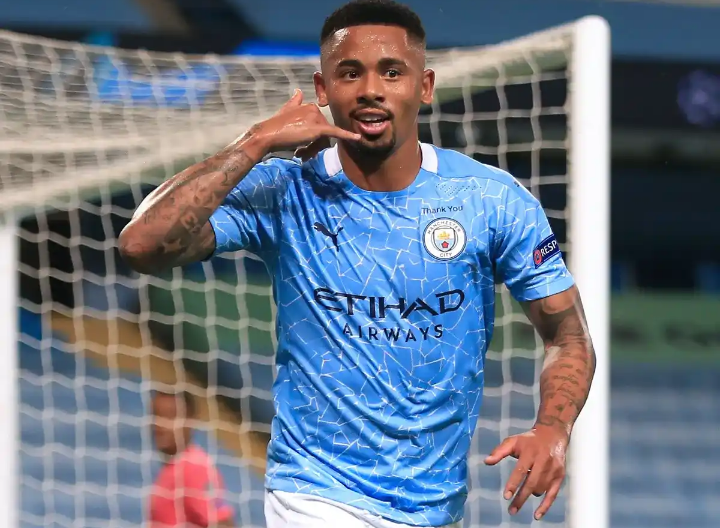 As Arsenal close in on a move for Gabriel Jesus, the Brazilian is closer to finally settling the debate on his best position.

When he signed for Manchester City from Palmeiras back in 2017, there was little apparent debate. City were signing a striker – a prolific one, too, with a 20-goal season under his belt at the age of just 19.

There have been plenty of moments in which the argument seemed settled, too. Gabriel Jesus might not have been Pep Guardiola’s first choice – especially when Sergio Aguero was at his best – but he was still unquestionably a number nine.

The most recent season cast some doubt, though. And now, as he prepares to trade the Etihad for the Emirates Stadium in a £45m deal, the 25-year-old will settle matters beyond a shadow of a doubt.

While Gabriel Jesus had found himself forced to move wide in previous seasons, it became more of a concrete role for him at the start of the 2021-22 campaign. At the time, he made the right noises, demonstrating his commitment to the cause, but there’s no need for politeness now.

“For you guys it might have looked different, but for me no, because I’m playing like a winger in Brazil for the national team for the last two years,” he said in August 2021. “For me to play on the right wing is more normal now. I can help my team with runs in behind, I can help the defenders, that’s all.”

That wasn’t always the case, though. He has had some difficult times as a more orthodox striker at international level – notably drawing a blank at the 2018 World Cup – and a move out wide has allowed him to take stock and enjoy some time out of the firing line while playing himself back into form. He can’t do that forever, though, and now is the time to decide what he will be , separate from what he has been .

While the frontman might have been comfortable moving wide to accommodate more established internationals, or senior figures like Aguero, being forced to move to the wing while Ferran Torres took up a central position at City might have been harder to take. It’s now up to him to act decisively to ensure there isn’t a repeat in north London.

In recent seasons, Arsenal found themselves using the likes of Pierre-Emerick Aubameyang and Alexandre Lacazette in wide roles despite the pair being nominally signed as goalscorers.

While the former has a record of threatening from wide starting spots, it often felt more like a square peg in a round hole as far as Lacazette was concerned.

There will undoubtedly be questions over Eddie Nketiah’s role, with the academy graduate putting pen to paper on a long-term deal and taking Aubameyang’s old number 14 shirt. Nketiah is more of an in-the-box striker, too, so it’s hard to see him being quite as effective from a starting position out wide.

Still, Arsenal will have more games this term due to their Europa League qualification, and the sight of one established central striker doesn’t mean they won’t use Gabriel Jesus in the same role.

What’s more, it’s not as if Arteta doesn’t know what he’s getting. He worked with the former Palmeiras man when serving as part of Guardiola’s coaching team, and will have seen plenty of what Gabriel Jesus can do.

At 25 years of age, Gabriel Jesus has more top-level experience than a number of other players his age. However, he is no longer just a prospect, and the money Arsenal are preparing to spend speaks to that.

Mikel Arteta needs to be sure of the kind of player he’s going to welcome to north London before getting the deal over the line. Gabriel Jesus surely knows this himself, and now’s the time to make that as clear as possible.

“Exciting time for Arsenal fans”: Journalist reacts to significant breakthrough for the Gunners