Arsenal pair Oleksandr Zinchenko and Martin Odegaard are expected to be fit to face Tottenham this weekend, according to reports.

Zinchenko has been sidelined with a calf problem since the start of the month but he is likely to be back in contention for the North London derby. Odegaard has recovered from a similar injury and played for Norway during the international break. 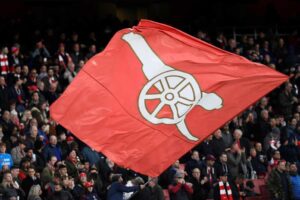 Supporters on Twitter are delighted that Zinchenko and Odegaard are available, but many are still hoping to have Thomas Partey and Kieran Tierney back fit as well:

Partey is the key..

If partey doesnt not start against spurs we re in for trouble.

There is a lot at stake on Saturday. A win for the Gunners would put them four points clear of Spurs and keep them at the top of the league. However, a defeat would see their fierce rivals leapfrog them in the table.

Having the club captain back ready and fully fit is very good news, while Zinchenko’s good early season form means his return will also be welcomed.