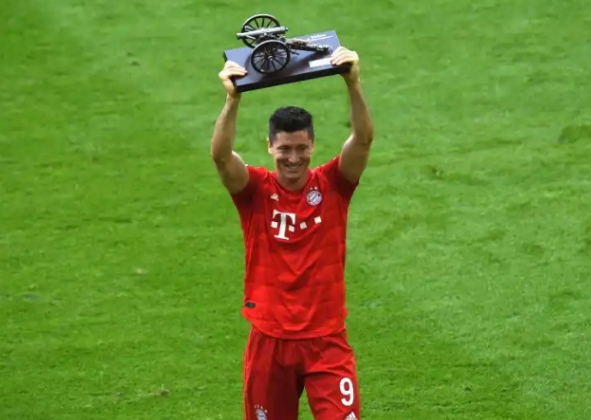 According to a report by Spanish publication MARCA, Bayern Munich have turned down yet another proposal from Barcelona for Poland striker Robert Lewandowski.

The Blaugrana are keen to sign the 33-year-old, who recently reiterated his desire to leave the Bundesliga giants this

has just a year remaining on his contract with Bayern Munich and wants to move on this summer rather than seeing off the length of his deal with the club.

He has made his decision to leave Bavaria public, and it only seemed a matter of time before the former Borussia Dortmund centre-forward joined Barcelona.

However, the Bundesliga champions have been playing hardball and are not ready to budge with their demands.

They want at least €50 million for their star striker, who has spent eight seasons with them, scoring 344 goals in 375 matches across all competitions for them.

Barcelona were hoping that the striker’s reluctance to stay in Munich will facilitate their pursuit. But that has not been the case.

Their latest offer of €35 million plus €5 million in bonuses has been rejected, with Bayern Munich considering it ‘insufficient’ for a player of Lewandowski’s qualities.

The Polish striker has been among the best players in the game over the last few seasons, winning The Best FIFA Men’s Player of the Year award for the years 2020 and 2021.

Lewandowski has also finished as Bundesliga’s top scorer in most of his seasons with Bayern Munich, taking his stock much higher than it already was.

Lewandowski as per the report, was also hoping that his services to Bayern Munich would ease through his proposed move to Barcelona and that the German giants would make things easier.

Things have not panned out as the Polish international had hoped, and Bayern are not ready to lower their demands despite the pressure from Barcelona.