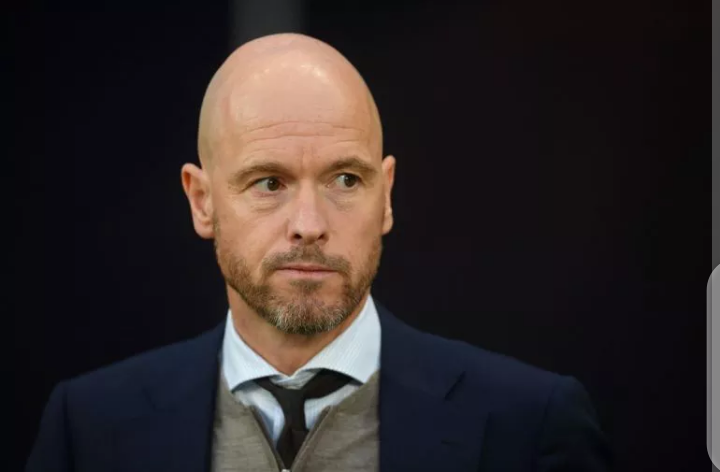 Manchester United are currently focused on completing three deals for new boss Erik ten Hag with Frenkie de Jong being prioritised alongside two other potential arrivals, according to reports.

The Red Devils have long been linked with Barcelona ace De Jong and remain in discussions over a transfer.

But United also hope to conclude moves for Porto midfielder Vitinha and Derby County prospect Malcolm Ebiowei very soon. The trio have been earmarked as three arrivals Ten Hag is keen to complete.

The 25-year-old De Jong previously played under Ten Hag at Ajax and has been linked with a switch to Old Trafford since the culmination of the Premier League campaign.

The Holland international is reportedly valued by Barcelona at around £70million, which will take up a large part of United’s summer budget.

Vitinha, who previously spent time on loan at Wolves, made 30 league appearances for Porto last season. The 22-year-old’s impressive performances have caught the eye of those at Old Trafford.

Meanwhile, Derby winger Ebiowei was thrust into the Derby first team by United legend Wayne Rooney midway through the campaign. The 18-year-old scored once in 16 games but proved a handful with his trickery.

According to journalist Jonathan Shrager, deals for the trio are being prioritised by United ahead of their other targets. Old Trafford bosses are in discussions with the representatives of Vitinha and Ebiowei.

United are yet to confirm the first arrival of Ten Hag’s tenure despite the Dutchman tearing up his Ajax contract prematurely to begin work at the Premier League club.

He has been busy putting plans in place to ensure the Red Devils improve on a disastrous campaign.

De Jong is widely believed to be his top target but there remains distance between United and Barca over their valuations. Despite talks with Porto over fellow midfielder Vitinha, the club are yet to submit a bid.

United could have a higher chance of attracting teenager Ebiowei to Manchester, with the youngster free to sign for a club after leaving Derby. Southampton and Crystal Palace are also interested in the versatile forward.

Derby boss Rooney said of the youngster after a win over Blackpool last season: “I thought he was excellent all game, the best player on the pitch. It was one of the best performances I have seen from a young player, consistently for 90 minutes, in a long time.

He deserved that because he has worked extremely hard. His attitude is incredible, he wants to learn and he is an exciting young player.

.“His attitude is very good. He has got an enormous amount of ability, he is brave, he will take the ball, he is not afraid to take players on, to get tackled, to make mistakes. So he has got a really bright future.”