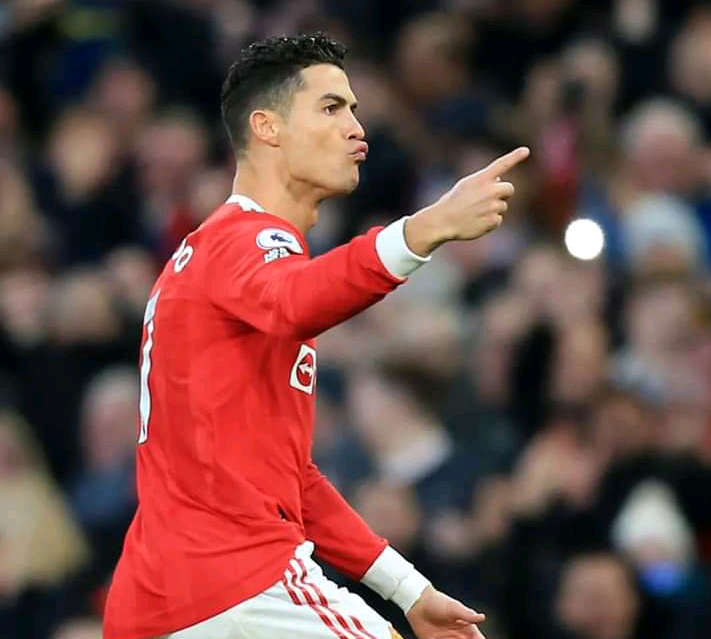 And Keane has put it down to the fact the Portugal forward wants to play games and score goals. Ronaldo bagged a hat-trick in the game as the Red Devils ran out 3-2 winners.

United’s frontman grabbed the headlines last weekend after jetting back to Portugal while his team were being thumped 4-1 by Manchester City at the Etihad Stadium.

The blockbuster star missed the game after injuring his hip but was slammed for his decision not to be at the ground to support his team-mates.

Ronaldo returned to the pitch on Saturday as the 13-time Premier League champions went in search of only their third top-flight victory since the turn of the year.

And he proved to be the star of the show as he became the highest ever scorer in the men’s game by taking his all-time goal tally to 807.

Ronaldo opened the scoring early on by thumping a rasping effort into the top corner from 30 yards.

And he notched his second moments after Harry Kane had equalised for Spurs as he turned in Jadon Sancho’s cross.

Harry Maguire’s own goal brought the scores level for a second time before Ronaldo stepped up to the plate yet again as he sealed victory with nine minutes to go courtesy of a thumping header.

The veteran was back to his best on Saturday as he proved just why the north west side brought him back to Old Trafford last summer.

And his former team-mate Keane says the player’s anger helped him produce the goods against Tottenham.

“Ronaldo stepped up to the plate,” Keane told Sky Sports after the match. “He looked angry today – a lot of aggression in his play today.

“Whatever’s gone on in the last week, he’s been upset with something but he showed today what we’ve seen over the years.

“The guy is a genius. He’s brilliant – the goals today were fantastic.

“He brings so much to this team. Why people think Ronaldo can’t play every week or he can’t bring value…

“He was angry today – he did not come back to Manchester United to sit on the bench.

“Today we saw him aggressive – angry Ronaldo who is upset because he’s one of the greatest to play the game and he wants to put the ball in the back of the net.

“We saw that today, that aggression and desire to score a goal, particularly with the winner. He wanted it more than anybody else and that’s why the guy deserves huge credit.

“It was good to see him upset and angry.”