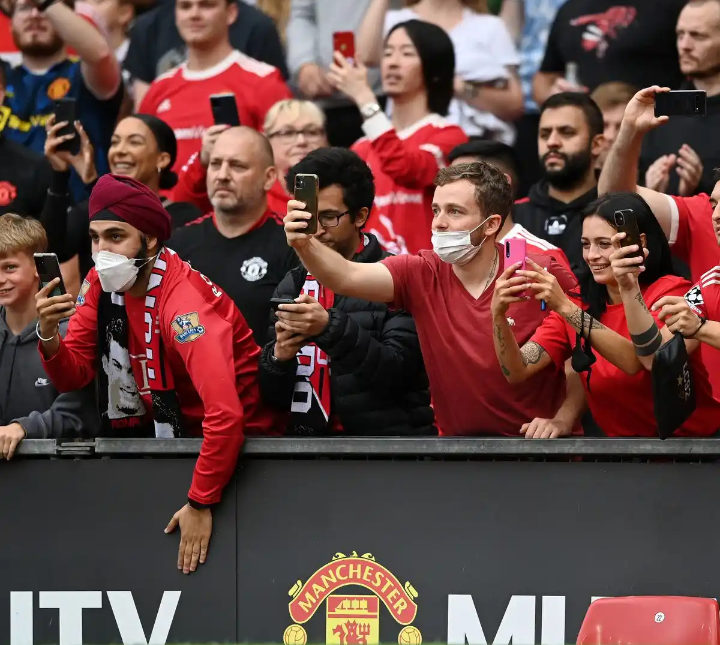 Manchester United fans will continue their protests against the Glazer family during pre-season, according to reports.

Some Red Devils supporters plan to demonstrate peacefully outside Old Trafford prior to the Premier League club’s friendly against Rayo Vallecano on July 31.

The owners’ decision to take biannual dividend payments on Friday has angered some of the United faithful. The Glazer family are expected to receive around £8million of the near-£11m pay-out.

Supporters have frequently displayed their anger towards the Glazers, who purchased the club in 2005.

Protests have taken place at Old Trafford for much of their stewardship of the 20-times England champions but came to a head following the European Super League proposal in April 2021.

According to the Manchester Evening News, a further demonstration is planned for when United host La Liga side Rayo Vallecano at the end of July, in what will be Erik ten Hag’s first game at Old Trafford.

Some supporters believe the Glazers should have refused the dividend payment following the club’s worst-ever Premier League campaign, in which they squeezed a sixth-placed finish and amassed their lowest points tally of 58.

It is a stance with which former United captain Gary Neville agrees. “The Glazer Family should NOT be taking £11m in dividends this Friday,” Neville tweeted last week. It had also been revealed that the club’s debt had increased to around £500m in their recent financial results.

“It isn’t right with the investment needed in the team, stadium and training ground,” Neville added. “The club’s cash position is low compared to previous years. An announcement is needed to halt it for the next three years minimum.”

Neville also believes that the Glazers should not take any money out of the club until it becomes a more attractive proposition for new signings.

Retweeting a Sky Sports article about midfielder Christian Eriksen choosing between United and Brentford, the ex-right back said: “That’s why dividends have to stop for a period.

“Every penny has to go back into the club until it becomes attractive again. The club has become a graveyard for players. Culturally for owners to take [money] out of a poorly performing business is demoralising!”

Further protesting comes after fans planned to demonstrate outside the house of CEO Richard Arnold, only for the 51-year-old to meet them in a local pub.

Arnold divulged on several key topics, including the possible signing of Barcelona midfielder Frenkie de Jong, the departure of Paul Pogba, and the leaking of information.

However, they could end up paying around £70m for the player, who worked under Ten Hag at ex-club Ajax. Barca are keen for United to pay a premium fee and the two clubs remain in talks.