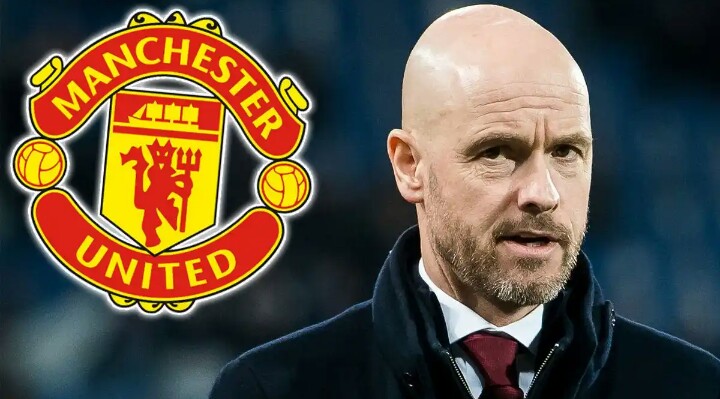 Although there could yet be more twists and turns in the race to clinch one of the biggest jobs in football, it’s looking more and more likely that Erik ten Hag is the man who will be tasked with reinvigorating Manchester United.

And the Ajax chief has already shown that he has the same ‘formula’ for success that Sir Alex Ferguson once had.

Ten Hag is set to become the fifth man to try and propel club back to the heights that Ferguson elevated them to during his iconic tenure. United have floundered ever since the Scotsman stepped down from his role back in 2013.

Ferguson’s right-hand man Rene Meulensteen – who has been linked with a return to the club if Ten Hag takes charge – has previously outlined the ‘formula’ Ferguson cooked up to turn United into such an omnipotent force both domestically and in Europe.

Meulensteen told The Manchester Evening News back in 2020: “It was almost a unique scenario that we had. You’re working with someone who had vast experience, someone who knew what it was to create a winning formula. The key was to maintain it and keep the squad up to a certain standard.

“Sir Alex’s expertise and experience shone through on a daily basis and you picked up so many things. The way he thinks about football, the way he thinks about managing games, the tactical changes you can make and the way he speaks to the players around the training ground, he made everyone feel important and that they were contributing to what we want to achieve.”

While the likes of Jose Mourinho and Louis van Gaal have struggled to live up to the extraordinary standards set by United’s greatest ever manager, Ten Hag has already shown he has the scope to try and replicate the ferocious winning mentality that was instilled by Ferguson.

The 52-year-old has a remarkable record with Ajax in the Netherlands, where he’s won five trophies in four years. The Dutch giants have also won the domestic double twice during Ten Hag’s tenure and are on course to make it a hat-trick of doubles this season.

The Dutchman’s accolades in Amsterdam are even more impressive when you take into account the host of big names – including Donny van de Beek and Hakim Ziyech – who have been sacrificed under his watch.

See also  No manager should get that kind of flak': Andy Cole believes Solskjaer getting unfair criticism from fans
Powered by Inline Related Posts

Quite simply, Ten Hag’s stock has never been higher – something that sets him apart from previous appointments made by club. David Moyes had enjoyed modest success at Everton, while Ole Gunnar Solskjaer was plucked from Molde for what was essentially a firefighting job after Mourinho had been sacked.

And although Mourinho and Van Gaal were iconic in their heyday, it was clear their powers were on the wane by the time they arrived at Old Trafford.

Ten Hag has manufactured a slick, well-oiled team that has evolved into a relentless, title-winning machine during his time in the Eredivisie amid some challenging circumstances. Achieving a similar feat in the Premier League will be tougher – but Ten Hag has already shown that he knows the blueprints to building success.

See also  No manager should get that kind of flak': Andy Cole believes Solskjaer getting unfair criticism from fans
Powered by Inline Related Posts