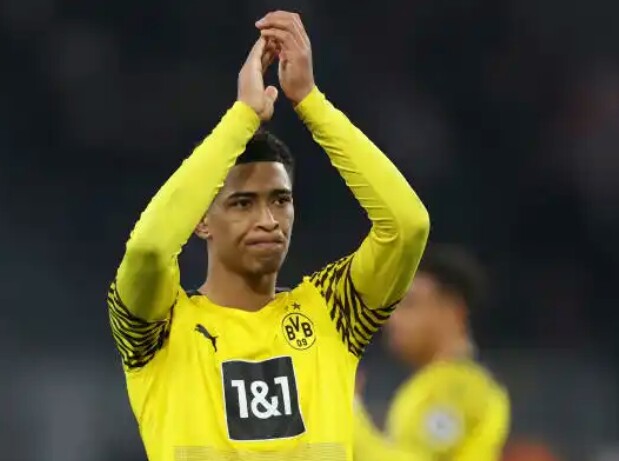 Man United should prioritise signing Jude Bellingham ahead of Declan Rice, according to the club’s former striker Andy Cole. Both Rice and Bellingham have been linked with moves to the Red Devils in recent years.

United are set to be busy in the market this summer once they have confirmed the appointment of a new manager. With Paul Pogba set to leave at the end of his contract, midfield could be an area they look to strengthen.

West Ham manager David Moyes claimed earlier this week that Rice is not for sale but £150million would be an absolute minimum for him. However, Cole would rather see that amount spent on Borussia Dortmund star Bellingham.

Appearing on Sky Sports, Cole said: “£150m for a holding midfield player? That’s a lot of money. Not sure how many goals he’s going to get you from that position.

“He’s 18 years of age and he goes that way, that way [defending and attacking], he creates chances, he scores goals. For such a young man, his ability is absolutely frightening.”

Cole is a fan of Rice but believes teenager Bellingham has more to his game than the Hammers star. He added: “[Rice is] another very good player.

Speaking to the media this week, Moyes claimed West Ham would take a similar stance to Tottenham’s with Harry Kane if clubs attempted to sign Rice. He said: “The first thing to say is that he is not for sale.

“But if you are interested, well, it will be north of that, because £100m was cheap last summer, and £150m just now would be minimum – but he is not for sale. I look at what Tottenham did with Harry Kane, albeit in a different way.

“They said, ‘no, there is a price and if someone wants to pay the price, then we’d probably do it. If they don’t then he’s not going anywhere’. That’s it, they have kept him.”