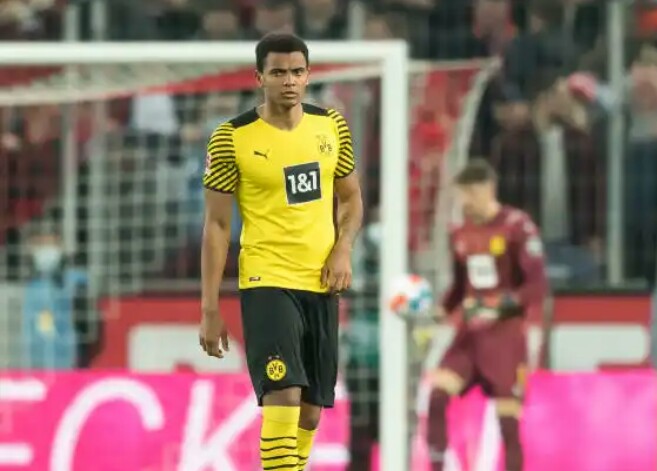 Man United are in a period of transition with a new manager set to be announced imminently and the club currently trying to find solutions to take them back to their winning ways as they enter their longest trophy drought in four decades, and new signings this summer could be the key to unlocking a brighter future at Old Trafford.

It was reported in January that up to 17 players wanted to leave the club this season after reported dressing room fall outs, and the unrest has further reflected on the pitch with the side now knocked out of every competition following their disappointing defeat at home in the Champions League to Atletico Madrid, going another season trophy-less.

With that being said, there is clear need for change all over and with a new manager coming in to begin a new era at Old Trafford, it would be no surprise if a full clear out is had in the squad, with Paul Pogba and Jesse Lingard already leaving on free transfers at the end of the season.

One player who has been at the forefront of negative attention is club captain Harry Maguire, after failing to lead his team to better results and performances over the season so far, as well as making individual errors in his own game in defence that has propelled him further into the scrutiny under the spotlight.

There have been many reports that the 29-year-old centre-back will be sold this summer, and if the rumours are true that the club will attempt to part ways with the England national, there will need to be an upgrade brought in to replace him.

Manuel Akanji has been tipped to be the Maguire replacement should he leave this summer, with Man United reportedly keeping a close eye on the Borussia Dortmund defender.

According to BILD, the North West club are monitoring the current situation at Dortmund after Akanji who was hailed “top-class” by Paul Robinson, is said to have turned down a two-year contract offer from the Bundesliga giants, and is currently interested in exploring his options for a move away from Germany.

When you compare Akanji to Maguire this season in their respective leagues, the £27m-rated Swiss defender has made more tackles, completed more take-ons, won more ground duels and made ten more interceptions than the Man United skipper so far according to Squawka, and at three years younger, he could offer a long term future with better defensive attributes.

Change is needed as soon as possible at Old Trafford, and with a new manager on the horizon, Ralf Rangnick will surely have plenty to report back to the board and the manager taking his place when he steps back into a more corporate role at the club, so it will be interesting to see how the squad shapes up this summer with huge changes imminent.

Manchester United, Arsenal, and Chelsea set to battle it out for Atletico Madrid forward

Manchester United, Arsenal, and Chelsea are all set to battle it out for Atletico Madrid forward Joao Felix.

Felix has endured a difficult start to the season for Atletico and is yet to score in five starts in the league.

Last season wasn’t much better for Felix, only managing 24 league starts.
With competition up top including French international Antoine Griezmann, Felix is often used as a rotation option under Diego Simeone.

Now, according to Fichajes, a move to the Premier League could be on the cards, with Manchester United, Chelsea, and Arsenal all interested in signing the striker.

Both Manchester United and Chelsea will need to find a long-term replacement for their current first-choice strikers.

Cristiano Ronaldo and Pierre-Emerick Aubameyang are both reaching the latter stage of their careers for their respective clubs, so bringing a player with a similar age profile to Felix would be a smart move.

A move to Arsenal may not benefit Felix’s development as much, with Gabriel Jesus performing exceptionally well for the North London club and still only 25 years old.

Manchester United and fellow Premier League clubs are counting down the days until they can strike-up further business in the transfer market. Erik ten Hag welcomed six players to Old Trafford during his first window and they have all made their mark in the starting XI.

Martin Dubravka was the other recruit, signing on a season-long loan from Newcastle.

With one eye on January and future windows, meanwhile, United are understood to still have Frenkie de Jong on their radar, while elite clubs from across Europe will be queuing up for Jude Bellingham should he decided to leave Bundesliga side Borussia Dortmund in the near transfer window.
Continue Reading

Jude Bellingham shined yet again last night for Borussia Dortmund on the Champions League stage, which received some interesting reaction from a Chelsea perspective.

England star Bellingham, 19, scored in Dortmund’s 1-1 draw against Sevilla. It means the teenage midfielder has now scored in all four Champions League group stage matches so far this season

There were some interesting replies in the comment section, especially from two current Chelsea stars.

“Another day at the office”, Reece James posted.

Carney Chukwuemeka added: “So, so good”.

Bellingham plays alongside plenty of Chelsea stars on the international stage with England, so let’s hope they can put in a good word to try tempt him to the Bridge.

He’s an all – action central midfielder that offers so much both offensively and defensively.