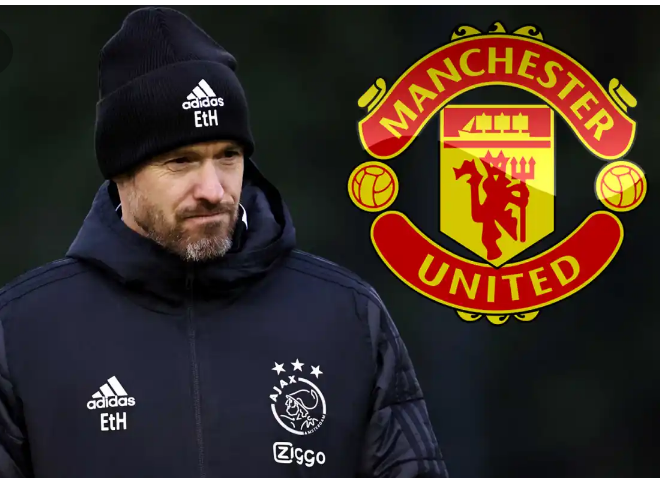 Manchester United are, at the current moment in time, weighing up their options when it comes to their next permanent manager.

And recent developments involving Carlo Ancelotti and Mauricio Pochettino suggest Erik ten Hag will end up being the chosen one.

Though the Glazers and the rest of the club’s hierarchy won’t make decisions based on two results, it does raise doubts over their credentials for the position.

Manchester United sacked Ole Gunnar Solskjaer back in November, with Rangnick then coming in as his interim replacement.

Yet the Red Devils have continued to endure a difficult campaign in the short time since, with their season all but over with two months left to go.

Since Rangnick took charge, United have exited the FA Cup and Champions League.

They won’t be winning the Premier League title this term, while they were knocked out of the Carabao Cup by West Ham back in September.

United are now exploring their options when it comes to permanent successors to Rangnick, who is due to become a consultant.

And all signs currently point to them going for Ten Hag.

There are several reasons for that. Ten Hag, according to reports, is the chosen one of Rangnick ahead of his change of role.

He’s done a splendid job at Ajax over the last half a decade, re-awakening a sleeping giant and getting them punching above their weight.

But developments regarding Pochettino and Ancelotti suggest they won’t be put in charge of the team because it would risk a big backlash behind the scenes.

On social media, Ten Hag appears to have the backing of the majority of supporters.

And that’s because he’s today’s man. With Ajax soaring domestically, and doing well in the Champions League prior to their exit to Benfica, he’s very much an established modern day manager.

Pochettino should have been hired in December 2018, when Jose Mourinho was relieved of his duties.

Yet he’s struggled during his year-and-a-half in charge of Paris Saint-Germain, failing to get the best from his players.

PSG are walking Ligue 1 but they failed to win the title last term, finishing second to Rennes.

With players like Kylian Mbappe, Lionel Messi and Neymar, they should certainly be achieving more.

PSG have also failed to kick on in the Champions League under Pochettino, recently exiting the competition to Real Madrid.

That’s despite the French titans, at one point, being 2-0 up on aggregate.

Pochettino hasn’t enhanced his reputation over in Paris and United, having hired Mourinho and Louis van Gaal far too late, will be mindful of making the same mistake.

Likewise with Ancelotti, too.

Real Madrid, like PSG, are doing well on the domestic front – with the La Liga title currently theirs to lose.

However, Sunday’s 4-0 battering to Barcelona at the Bernabeu has seen him slaughtered by the footballing community.

Ancelotti was hired by Real to replace Zinedine Zidane because there was a lack of alternative options available back in the summer.

And with Real still failing to entirely convince, the Italian’s second stint in Spain hasn’t been the success many have been hoping for.

Ancelotti is reportedly on United’s shortlist after a recommendation from Sir Alex Ferguson.

But, like Pochettino, he could be the wrong appointment at the wrong time.

Though Ajax’s Champions League exit to Benfica was a blow, Ten Hag has still proven he’s one of the world’s most-promising managers during his time in the Netherlands.

He’s not stained by crushing recent defeats and fans would be more receptive to his appointment than anybody else.

Whether he is the right man for the job, however, remains to be seen.

The United job has become a poisoned chalice in recent years and it will take a truly world-class manager to turn their current situation around.

As stated above, they won’t rush into decisions on the back of just a few bad results elsewhere.

Yet Pochettino and Ancelotti appear to have lost some of their sparkle, despite their teams being in pole position to win their respective titles, and their appointments would be gambles given the way many supporters feel.

After all, the last thing the Glazers need is another backlash.