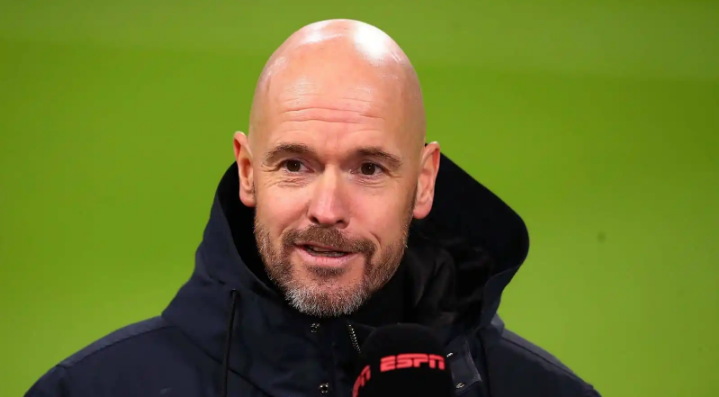 Manchester United’s hopes of signing Hoffenheim defender David Raum have been handed a boost after the Bundesliga side suggested a move could happen if the deal suits them.

Raum is attracting plenty of interest this summer. As well as Man Utd, West Ham, Newcastlea Borussia Dortmund have all been linked with the full-back. The Red Devils are keen to strike a deal though and have been given some hope.

The player’s agent has recently confirmed they are “pushing hard” to get a deal done. And now Hoffenheim officials have hinted they could be open to a deal.

In an ideal world the German outfit would like to keep hold of Raum. They see him as a key player for their future and want him to stay.

However at the same time they are realistic. With so much interest from elsewhere they are aware the player could have his head turned.

There is still plenty to sort out if a deal is to happen. But it sounds like a move could be given the green light if Raum asks to move on and Man Utd or another club match the asking price.

The 24-year-old really caught the eye last season. Three goals and 13 assists is a fine return for a left-back. It is no surprise that a host of clubs are keen.

Hoffenheim are in a strong position though as Raum is under contract until 2026. It means they can stand firm and refuse to sell. But by the sound of things they may back down if Raum asks to leave.

Sky Sports Germany have spoken with sporting director Alexander Rosen, who says the player’s wishes would have to be taken into consideration.

“I would prefer to keep him. At the end of the day, it depends on what the market looks like and what chance the player has,” Rosen has been quoted as saying. “If a top club comes and he gets the opportunity, then, of course, we will sit down with him. In the end, it’s always about an exchange based on trust.”

Man United would have to pay between €30m to €35m to have a chance. But if they do come up with the cash then things could be about to get interesting.

Hoffenheim coach Andre Breitenreiter is also cool about the situation. He is aware of the interest and will see how it plays out.

“It’s not a problem for me,” Breitenreiter added on Sky Sports Germany. “We have already had contact. He should rest now for the time being. But it’s no secret that I prefer to have him with me.

“I am the coach and want to have the best players in my team, but there are also always club interests. For me, that’s not a problem.”