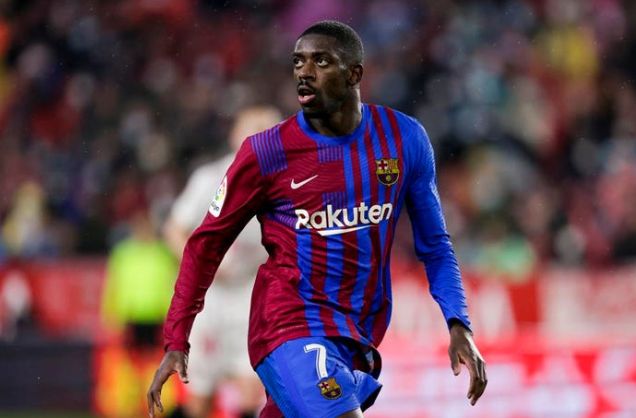 Ousmane Dembele wants to stay at FC Barcelona, who believe he will accept their contract renewal offer to make that happen.

The 2017, €105mn ($110mn) signing from Borussia Dortmund becomes a free agent in a week’s time while linked to the likes of Chelsea and Paris Saint Germain.

His agent Moussa Sissoko has played hardball in negotiations since before the turn of the year, demanding exorbitant signing-on fees and bonuses for his charge.

With Barca in debts circling $1.5bn, they are not in a position where they can match the money the likes of Chelsea and PSG can put on the table, and their offer – as President Joan Laporta has pointed out on numerous occasions – is final.

Since Dembele arrived at an impasse with the club in the January transfer window,

first team coach Xavi Hernandez decided not to send him to the stands and instead extracted top form from the Frenchman which brought a litany of assists and helped the Blaugrana qualify for next season’s Champions League.

Reports in recent days have claimed that Xavi has personally requested extra effort from the club in launching a fresh assault on Dembele and convincing him to stay.

According to Mundo Deportivo on Friday, however, this isn’t the case. Xavi gave up hope of Dembele extending a long time ago,

but it is now the 2018 World Cup winner himself who has had a change of heart and now wants continue plying his trade in the Catalan capital to Barca’s surprise.

Dembele has told the rest of the locker room about his wishes for the past few weeks. But whenever meeting with the club, Sissoko has demonstrated a contrasting attitude that is at odds with his client’s.

One thing is for certain. If Dembele truly wants to carry on wearing the Barca shirt next season, he must return to the negotiating table with his tail between his legs and sign the original offer that was made to him.

MD say that the club thinks Dembele will accept the proposal after all, and in doing so interest in Leeds United winger Raphinha and Angel Di Maria to replace him on the right wing will cease to exist.

With this, Barca can put more time and money into targets in other areas of the pitch such as striker Robert Lewandowski and midfielder Bernardo Silva.