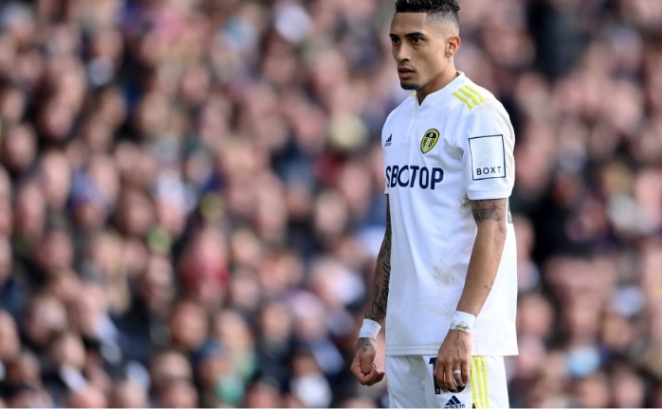 West Yorkshire is looking increasingly more likely to see Raphinha again before Barcelona does based on the rate at which this transfer saga is dragging out.

The second tranche of Leeds United’s squad returned to begin pre-season in the city yesterday and Australia is looming large.

The squad is scheduled to fly out to Gold Coast on the morning of July 10 and if the Brazilian remains registered to Elland Road, he will be on that flight.

After another weekend of meek developments from the Nou Camp, which included comments from president Joan Laporta, Chelsea remain unbeaten with the best offer on the table.

Crucially, the Blues are standing firm with an offer which presents a sizeable percentage of the fee up front for the Whites.

While that is to United’s liking, it’s evident Raphinha and Deco are not yet sold on Stamford Bridge.

The agent can posture and ruminate as much as he likes, but his client’s current trajectory has him lining up against Brisbane Roar at Cbus Super Stadium next week. That friendly kicks off in nine days more than 10,000 miles away.

There seems next to no chance of the Brazilian being shoehorned into the Blackpool friendly this week, but Leeds are adamant he will play his part in Australia like the rest of the squad if he is still on the books.

While Kalvin Phillips signed off with that final-day great escape, Raphinha looks set to play in white again before he leaves.

Chelsea’s hand has been played, United’s demands are clear and it’s now a case of Deco doing everything in his power to bring Barcelona up to standard. At what point does Raphinha lose patience and choose a different path?

The La Liga giants are in a mess and Raphinha could find himself waiting for that dream move up until deadline.

day on September 1 without it happening. That’s five matches into the new season incidentally.

You would not expect Chelsea to wait around forever either.Thomas Tuchel has his own plans for the campaign and if they can spend that money on a more willing forward, you would forgive them for moving on.

Raphinha will never be short of suitors, but if he keeps holding on for that one move with all of his eggs in the Catalonian basket,

he’s going to find himself in Leeds friendlies and maybe even competitive matches. There’s the small matter of a World Cup off the back of all this disruption too, don’t forget.