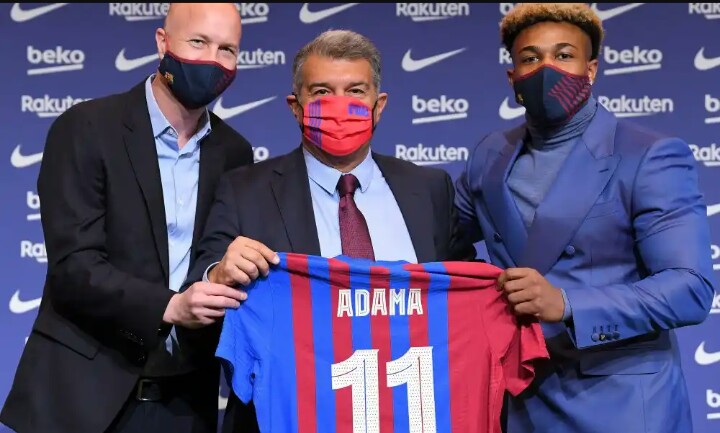 As reported by Mundo Deportivo, representatives from both parties had dinner at the Via Veneto restaurant in Barcelona and addressed each case with minute details.

To begin with, before discussing Adama Traore’s future, Mendes wanted a clear understanding of Barcelona’s intention. The 26-year-old winger, who arrived in January on loan, has provided four assists so far but is yet to open his scoring account.

While he made regular first-team appearances in the beginning, the resurgence of Ousmane Dembele pushed the Wolves loanee into the back seat.

This means Traore’s role has been limited to being second fiddle, as he has played a mere 61 minutes of football in Barcelona’s last three home matches.

In case of Trincao, although the midfielder has got enough chances this season, having made 27 appearances across all competitions, lack of goal involvement (G2, A1) means Wolves might very well have some second thoughts in the summer.

It must be noted that the Premier League side does not have the mandatory purchase clause inserted in his case.

Lastly, midfielder Nico Gonzalez is someone whose playing time might get affected thanks to Franck Kessie’s arrival in the summer.

From the 2022-23 season, Xavi will have an abundance of midfield options at his disposal hence Mendes’ desire to know the plans of Barça for their young midfielder is pretty much understood.

During the meeting, it was brought up that although the 20-year-old has a contract until 2024, he has attracted interest from several top teams across Europe. At the same time, however, the probability of signing a new deal with Barcelona wasn’t ruled either.

See also  Barcelona ‘one step away’ from signing Bundesliga megastar:- Could be the latest signing
Powered by Inline Related Posts