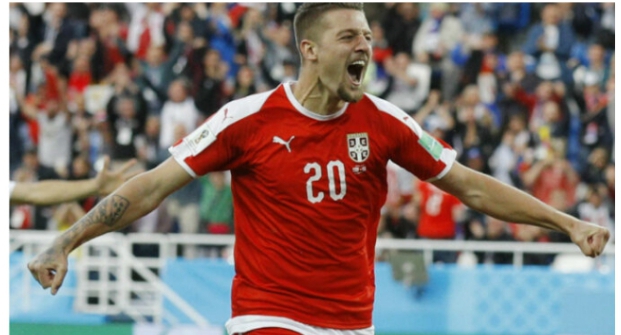 Manchester United must strengthen their midfield department and the name of Frenkie de Jong is mainly in the focus.

Another midfielder that the Red Devils have been tracking for a long time is Sergej Milinkovic-Savic and the latest reports coming from Italy are intriguing.

Earlier this month, Corriere dello Sport revealed that the Old Trafford club are especially interested in signing the Serbian international from Lazio.

Today, La Gazzetta Dello Sport (news image provided below) have reported that the 27-year-old star can be lured for cheap.

The famous Italian news source have mentioned that three years ago, Man United were serious about signing the versatile midfielder but backed off because the Serie A side demanded a huge fee of 100 million euros.

Now, the Biancolesti rate Milinkovic-Savic, who will be out of contract in 2024, at 80 million euros but that high figure has not been able to get serious attention from the suitors.

The former Genk man would like to leave after 7 years with Lazio, who need to sell to improve their financial situation.

Therefore, GdS claim that the Italian side are prepared to offload their prized asset for a fee as low as 60 million euros (£52m).

Pogba was a trouble maker at Old Trafford, often injured and highly consistent. Still, the record signing was the most creative midfielder.

To replace him, Ten Hag should sign someone who can regularly score and create goals.

In such a scenario, Milinkovic-Savic would be a top addition and in my view, he would be a better signing than De Jong.

The Dutch international featured in 32 La Liga games for Barcelona last term, scored 3 goals and provided as many assists.

On the other hand, The 34-capped Serbian featured in 37 league games under Maurizio Sarri and directly contributed in 22 goals (11 goals and 11 assists).

The Netherlands midfielder was a hit at Ajax in the deeper midfield role but thus far, he has failed to excel in Spain in the central midfield.

Milinkovic-Savic can effectively play anywhere in the center of the park.

Have your say – Should Man Utd bid £52m to finally sign him from Lazio.

‘Arsenal is the most probable destination’: Ornstein makes claim about ‘commanding’ £43m player