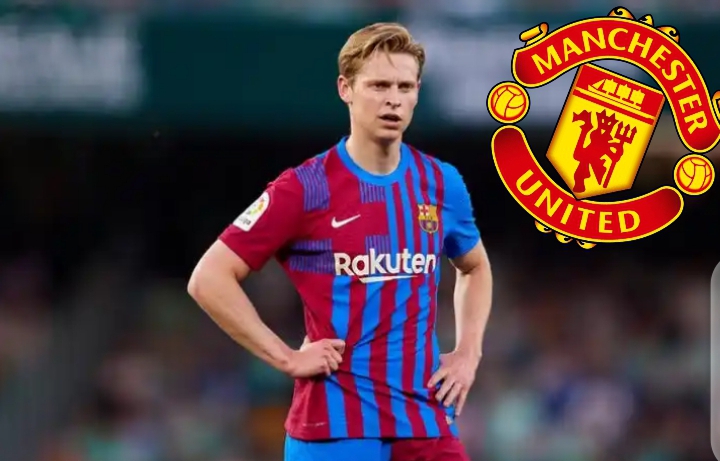 With Barca cash-strapped and looking to make reinforcements for the upcoming season, the Dutch international is considered to be Xavi Hernandez’s leading star with the “biggest market”, with youngsters such as Pedri and Ansu Fati untouchables that would never be offloaded any time soon.

With the rise of Pedri and Gavi in midfield, however, De Jong has sometimes been considered surplus to requirements and the likes of Manchester United and Paris Saint Germain are reportedly interested in snatching him away from Camp Nou.

Yet neither of those outfits possess players that Barca want, or that their current owners would realistically involve in an exchange deal, and there are only two individuals in elite European football that the Catalans will consider bargaining for with De Jong heading in the opposite direction, according to Mundo Deportivo.

The paper has been able to confirm that Bayern Munich are one of several parties interested in the 24-year-old playmaker. And with Barca looking to tie up Robert Lewandowski, a swap deal could entail the wantaway Pole landing in La Liga and the Bavarians also paying Barca anything from €40-60mn ($43-64mn) to acquire De Jong in return.

Up in England, United aren’t the only Manchester club who fancy De Jong, with Premier PINC +1.4% League champions Manchester City also admirers of the ex-Ajax promise.

Pep Guardiola tried to sign De Jong in 2019 when he chose Barca instead, and apparently sees him as capable of succeeding in the Premier League.

Simultaneously, Xavi also likes the look of Bernardo Silva who has already asked to leave City once. With the Portuguese tied down in a contract until 2025 and therefore expensive to buy straight off, an exchange could be an attractive prospect for all concerned.

In public, Xavi continues to support De Jong and called him a “key player” in Sydney following his team’s 3-2 comeback friendly win over the A League All-Stars.

“But everything does depend on our economic situation,” Xavi reminded us once more, adding that “We will see what happens” in the upcoming summer transfer window.

Report: Man United made enquiry for Tottenham talent, has ‘blown away’ Conte