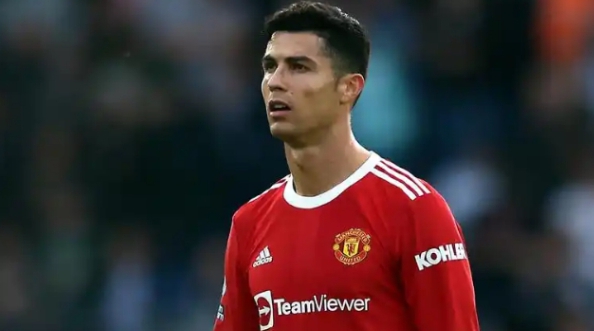 A Premier League rival was offered the chance to sign Cristiano Ronaldo, a $AUD220 million Barcelona flyer could be on his way to England and a major development in Tom Rogic’s future has emerged.

Well, wouldn’t this be something.

According to The Telegraph, Chelsea was offered the chance to sign Manchester United’s superstar striker Cristiano Ronaldo.

A meeting between new Blues owner Todd Boehly and Jorge Mendes, a super agent who counts Ronaldo as one of his many clients, occurred in Portugal.

Ronaldo was one of several names discussed in the meeting between the two in terms of potential transfer targets.

However, the report claims Manchester United still expect Ronaldo to stick around as new manager Erik ten Hag looks to build his attack around the Portuguese superstar.

The 37-year-old was also linked with a move to German giants Bayern Munich which forced club director Hasan Salihamidzic to publicly shut them down, although talks reportedly did take place to assess whether a move for Ronaldo could have happened.

Even if a move for Ronaldo doesn’t work out, Chelsea could still snap up a superstar forward.

that the Barcelona might withdraw its contract offer to French winger Ousmane Dembele, leaving the Blues in pole position to secure him.

The 25-year-old moved from Borussia Dortmund to Barcelona for a whopping $220 million in 2017 but has failed to live up to the hefty price tag.

Dembele is set to become a free agent at the start of July and has struggled to reach a new deal with Barca,

although the Catalonian outfit is keen for him to remain at the Camp Nou.

Barcelona’s financial issues are well documented and it opens the door for Chelsea to swoop in and take Dembele.

It would also be the first signing of the Todd Boehly era after taking over from Roman Abramovich.

In a World Cup year, many Australian football fans are waiting with bated breath to see where talismanic midfielder Tom Rogic will move.

The 29-year-old departed Celtic at the end of the 2021/22 Scottish Premiership season having been on the Hoops’ books since 2012 and was heavily linked with a switch to Indonesian outfit Persija Jakarta.

However, the Scottish Sun reports that Rogic has indeed turned down Persija Jakarta’s lucrative offer.

The outlet goes on to state that several A-League Men’s clubs retain an interest in securing Rogic.

However, that looks unlikely after the midfielder claimed a return home “seems unlikely” in an interview with Channel 10 in May.