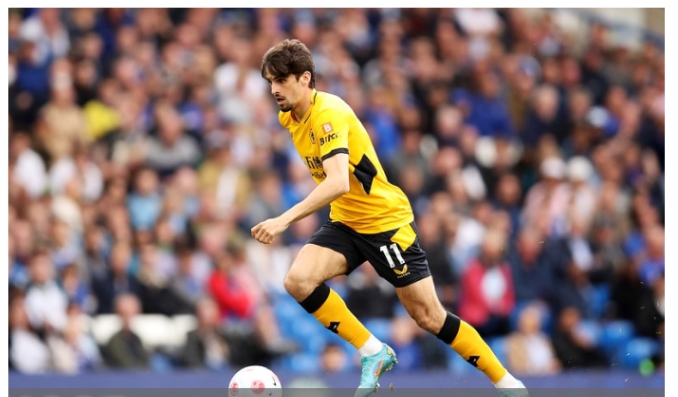 According to a report by Portuguese publication A Bola, Sporting CP and Barcelona are inching closer to shaking hands on a loan deal for Francisco Trincao.

The Verde e brancos are ready to include a purchase option worth €20 million when the time comes to sign the 22-year-old forward permanently.

But the Portuguese forward has struggled to establish a foothold in Barcelona’s first-team setup, with the Blaugrana shipping him out on loan to Wolverhampton Wanderers after just one season.

But the 22-year-old also struggled to make his mark in the Premier League, managing a paltry tally of three goals and an assist in 30 appearances for the Black Country outfit.

And Trincao has returned to Barcelona after his unsuccessful loan stint with Wolves, who chose not to sign him permanently.

But the youngster will not last long at FC Barcelona, who will soon loan him out again this summer.

Trincao has popped up on the radars of clubs across Europe, particularly from his homeland Portugal.

And while Leeds United expressed interest to sign him from Barcelona, the player is closing in on joining Sporting CP in a loan deal in the summer transfer window.

Barcelona would have preferred to sell Trincao permanently to continue to balance their books and fund new transfers.

But Sporting can only afford to sign the 22-year-old forward on an initial loan deal before possibly securing his services on a permanent transfer in future.

The Portuguese giants have been negotiating the terms of the transfer with Barcelona for weeks, with the player himself keen on moving to the Jose Alvalade Stadium.

And the two parties have almost reached an agreement over a loan deal following the latest offer, which will include a €20 million purchase option.

to A Bola, Sporting’s acceptance of inserting the €20 million clause has convinced Barcelona to sanction Trincao’s transfer

. And it only seems a matter of time before the 22-year-old forward returns to his homeland by joining the Portuguese giants