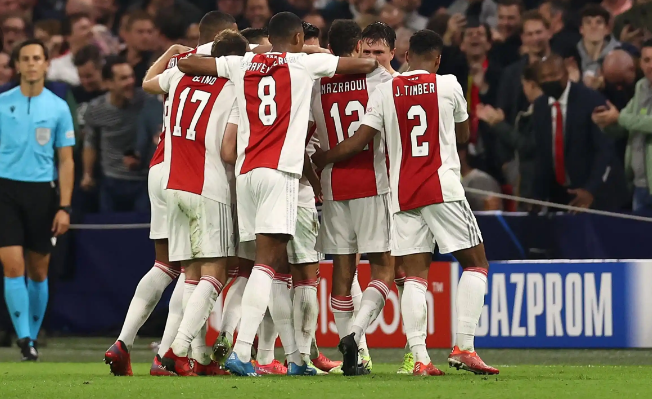 The winger has spent the last two years working under Erik ten Hag and is keen to join him at Old Trafford.

The new United boss was always likely to turn to the Dutch giants for recruits, such was his success in Amsterdam. Antony appears the most likely to follow him.

The Brazilian is seemingly taking the next step in pushing through his move, with Ajax, so far, retaining all the stars who had been on Ten Hag’s radar.

Jurrien Timber has opted to remain in the Netherlands but Antony appears to have a different stance despite his club demanding £69m and wants his club to cooperate.

United had originally believed that they could add the winger for around £40m, but Ajax’s demand is the latest blow in what has been a hugely frustrating summer with Ten Hag’s rebuild yet to get off the ground.

Schreuder has told ESPN: “We want to keep Antony at Ajax. I want to work with him, and the club knows this.”

Despite that the Brazilian posted an emotional message to his former boss upon his departure, eluding to a future reunion. He wrote: “I want to thank you for everything you taught me. Know that I will always stand with you if you need me.”

Ajax are in a strong financial position which puts them in the driving seat regarding negotiations around any possible departures.

The Dutch side have already sanctioned two exits and gathered around £50m from the sales of Ryan Gravenberch and Sebastian Haller, who is due to join Borussia Dortmund.

Antony scored 12 times in 32 appearances last term, whilst he also came up with 10 assists.

United have seen Edinson Cavani quit the club whilst Anthony Martial could yet follow him after he left Manchester on loan last term in search of more minutes. Marcus Rashford is also under pressure to prove he can get back to his best.

Cristiano Ronaldo was heavily relied upon last term to come up with the goods in the final third and will need support if United are to make a return to the Champions League.

Ten Hag is yet to make a signing at the club despite seeing a host of individuals leave, one of whom was Paul Pogba.

Frenkie De Jong is his main target but the Dutchman, who worked with Ten Hag previously at Ajax, remains firmly at Barcelona amid drawn out negotiations. It furthers the club’s need to sign Antony as they look to get their summer up and running as they close on pre-season.