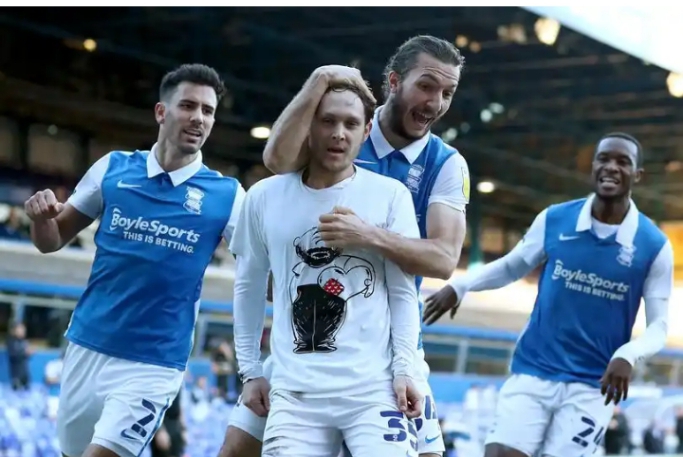 Former Barcelona youngster Alen Halilovic has just celebrated his 26th birthday, so what happened to the midfielder once dubbed as the ‘next Lionel Messi’?

Truthfully, that tag has been a burden for many a diminutive playmaker with quick feet and impressive balance,

which are capable of weaving through opponents and changing a game in the final third. But Birmingham City fans saw very little of that while the Croatian was at St Andrew’s.

Halilovic joined Blues in November 2020, after being released from Italian giants AC Milan, with his career at a low ebb having been sent out on two different loan spells in the season before, to Standard Liege and Heerenveen. But he flattered to deceive under Lee Bowyer and Aitor Karanka,

“I was happy in Birmingham and there are a lot of inquiries now, but I decided I wasn’t going to rush because I was rushing with decisions a few times earlier in my career,”

he told FavBet, via tportal. “The reason is some mistakes, injuries, but going to England helped me a lot.

“I was called by the best HNL (Croatian league) clubs and I don’t see anything wrong with going back to the HNL.

The league has progressed a lot in recent seasons. There is nothing concrete at the moment, but we will see in the next ten days what will happen.

I stayed in Birmingham because of the relationship with the coach and the great fans, but we couldn’t find a common language.

“We arranged for everyone to go their own way, but we left the possibility that I could go back there. I’d like to take a step forward. I have another ten years of career ahead of me and now I am ready for bigger challenges.

I had the option to go to Dubai, China … I could go for a lot of money, but I didn’t decide to do it because I believe I can provide a good game.”

Halilovic’s move to Blues came at a crossroads in his career, having struggled to pin down any regular football at the six clubs he joined joining Barcelona in 2014.

The Catalan giants took a punt on him after he made headlines for breaking into the Dinamo Zagreb first-team at the tender age of just 16 years and 101 days in September 2012.

He also won his first Croatia cap before his 17th birthday, and in 2014, Barcelona beat several clubs to agree a £2 million deal for the then-18-year-old attacking midfielder, with Halilovic penning a five-year deal.

Eventually, he was shipped out on his first loan move away from the Nou Camp, as he joined Sporting Gijon for the 2015-16 season, where he scored five goals in 37 appearances.

Following the expiration of that loan switch, Halilovic then joined AC Milan on a free transfer in 2018 – a unexpected move which gave the Croatian an opportunity to get his career back on track.

Though, loan moves to Standard Liege and Dutch side Heerenveen wouldn’t give him the spring-board he needed to prove the critics wrong.

The lifeline Blues gave Halilovic has now of course ended, and the midfielder didn’t have any luck impressing at Reading,

either – who he joined in August 2021. The Croatian is now searching for another new club ahead of the 2022/23 campaign.