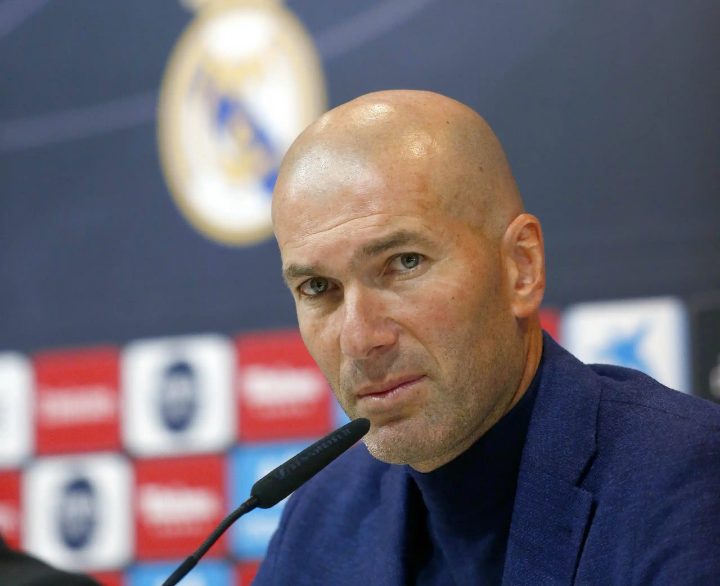 Zinedine Zidane has explained why he could never manage Manchester United after being linked to the Old Trafford hot seat last season.

The legendary former midfielder has spoken of his desire to return to management after two successful stints at the helm of Real Madrid.

The 49-year-old has not been actively involved in football since leaving Los Blancos for the second time a year ago to take a break from the sport.

French president Emmanuel Macron recently spoke of his ambition to persuade Zidane to return to Ligue 1, amid links with the Paris Saint-Germain post.

Despitebeing from the city of Marseille – who are domestic rivals of the French capital club – Zidane has been strongly tipped to replace Mauricio Pochettino, with the Argentine set to be dismissed this week.

Zidane had previously been linked with the United post after Ole Gunnar Solskjaer was dismissed from the position in November last season.

The job was eventually handed to Ralf Rangnick on an interim basis until the end of the campaign, when Erik ten Hag was appointed Solskjaer’s permanent successor.

There were reports suggesting that Zidane had little interest in managing in the Premier League due to his level of English, which would have made communicating with players troublesome.

His links with Raphael Varane and Cristiano Ronaldo had led to assumptions that a move was possible. Ultimately, the former Madrid boss was never a serious candidate for the Old Trafford role.

In an interview with Marca, Zidane reflected on that time, saying: “Would I want to go to Manchester [United]? I understand English, but I’m not completely fluent in it.

“I know that there are coaches who go to clubs without speaking the language, but I work in a different way. Many elements come into play in order to win, it is a global context. I know what I need to win.”

Zidane added that there were only “two or three” teams who would be realistic opportunities for him to coach.

This appeared to rule out any future move to the Premier League, with the likes of Paris Saint-Germain, Juventus, the French national team and another return to Real Madrid likely to be among his future options.

It has been suggested that the former Madrid boss may be biding his time to wait for the French national team job to become available, with manager Didier Deschamps potentially leaving the role after this year’s World Cup finals in Qatar.